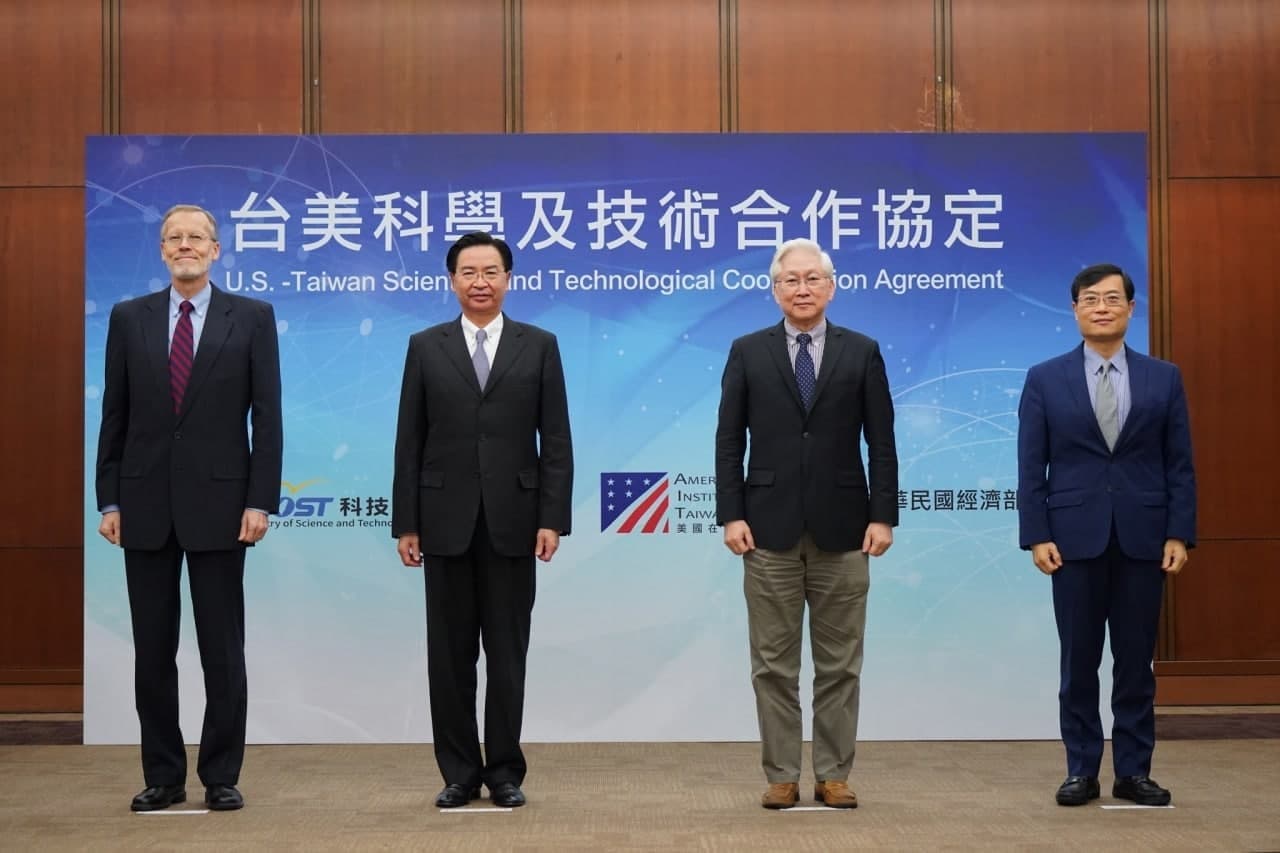 The Ministry of Foreign Affairs (MOFA) held a reception on December 18 to announce the signing of the Agreement between the Taipei Economic and Cultural Representative Office in the United States (TECRO) and the American Institute in Taiwan (AIT) on Scientific and Technological Cooperation. The event was hosted by Minister of Foreign Affairs Jaushieh Joseph Wu and attended by Minister of Science and Technology Wu Tsung-tsong, Deputy Minister of Economic Affairs Chen Chern-chyi, and Director of AIT’s Taipei Office Brent Christensen.

The Agreement between TECRO and AIT on Scientific and Technological Cooperation is the first concrete outcome of the Taiwan-US Economic Prosperity Partnership Dialogue held on November 20. The fact that it was negotiated and signed within one month of the dialogue shows the seamless cooperation and strong partnership between Taiwan and the US. It is expected to facilitate further collaboration and exchange between the two sides in the field of science and technology.

With relations continuing to grow even closer, Taiwan and the US have established a number of new cooperation and dialogue mechanisms in recent months. Covering a broad spectrum of diverse issues, these have included the Economic Prosperity Partnership Dialogue, the Framework to Strengthen Infrastructure Finance and Market Building Cooperation, the Taiwan-US Education Initiative, and cooperation under the Women’s Livelihood Bond project. MOFA will continue to collaborate with related government agencies in Taiwan, building upon the existing solid foundation to further strengthen the comprehensive partnership between Taiwan and the US. (E)

Statement regarding the incident of South Korean warship “The Cheonon”