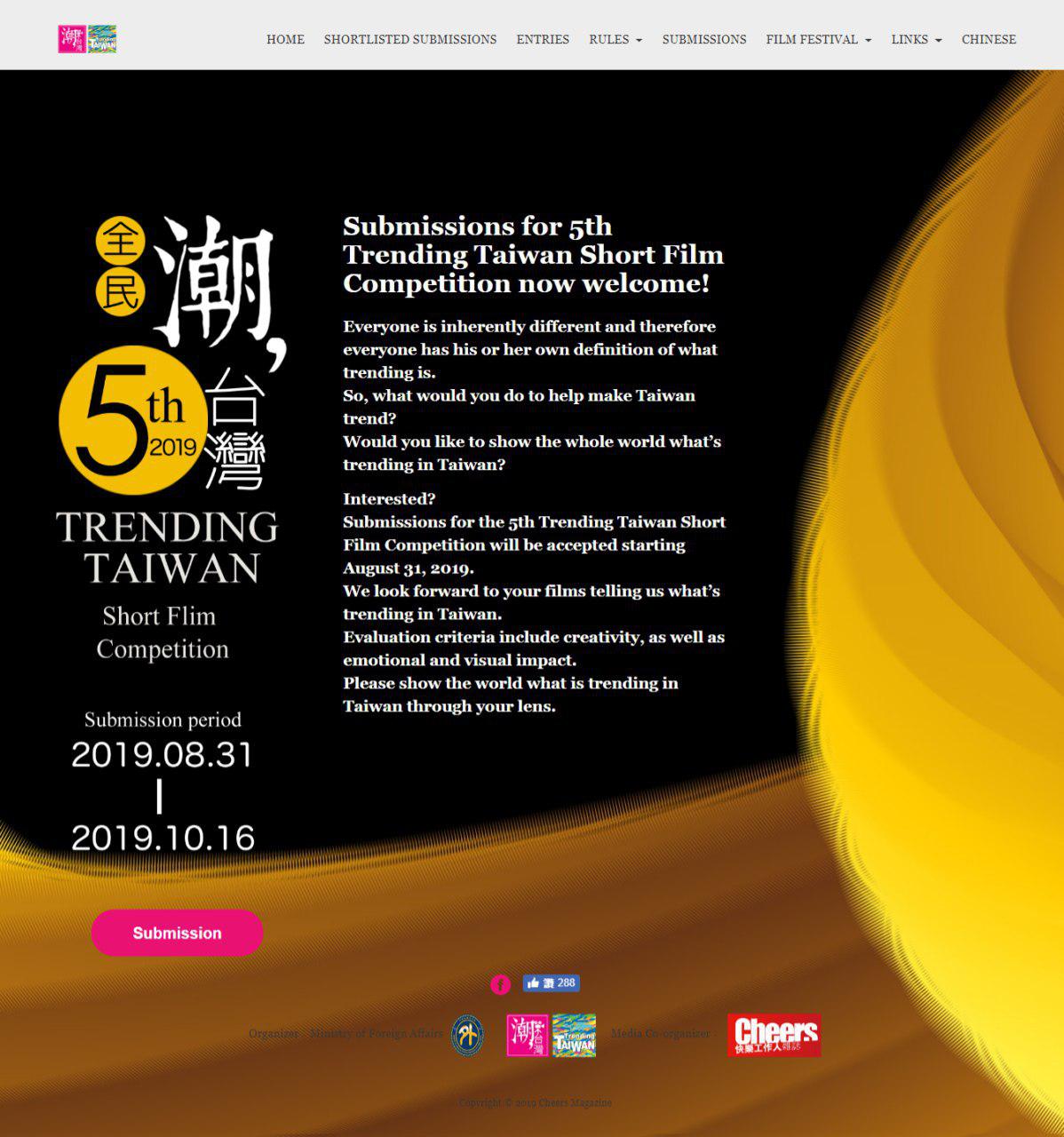 The Ministry of Foreign Affairs is accepting submissions for the Trending Taiwan Short Film Competition from August 31 until October 16. If you like making short films and have a passion for Taiwan, you are welcome to enter, regardless of your age or nationality!

This year we’ve put the focus on originality to encourage more creatives to take part. To this end, we’ve increased the weighting for creativity of the script in the judging criteria, so you’ll be as imaginative as possible in weaving the moving moments you encounter in everyday life in Taiwan into a story on the big screen that gives the world a different view of Taiwan!

The prize pool for the Fifth Trending Taiwan Short Film Competition is NT$530,000, with the first-place winner set to receive a prize of NT$200,000, the two second-place entries NT$60,000 each, the three third-place entries NT$30,000 each, and the authors of the six pieces awarded a distinction NT$20,000 each. As well as creativity of the script, the other judging criteria include, the submission’s central theme, the narrative technique employed and technical aspects such as camera work and editing techniques. Twenty films will be shortlisted and the winners will be announced at an awards ceremony November 6.

The Ministry of Foreign Affairs launched its Trending Taiwan channel on YouTube in July 2015 in order to advanced its digital diplomacy efforts, and holds a short film competition every year. The winning entries are subtitled in a variety of languages and promoted on the Ministry website and social media accounts to an international audience, as part of Taiwan’s soft power strategy.

Over the four years that we’ve held the competition to date, we’ve received over 400 entries, with entrants from countries as varied as France, India, Malaysia and Switzerland, on a wide and diverse range of subject matter. It’s one of the most important creative short film competitions held by any government agency. For more details, please visit the official website of the competition at the following link: https://web.cheers.com.tw/trending-taiwan/2019/en_index.php  (E)