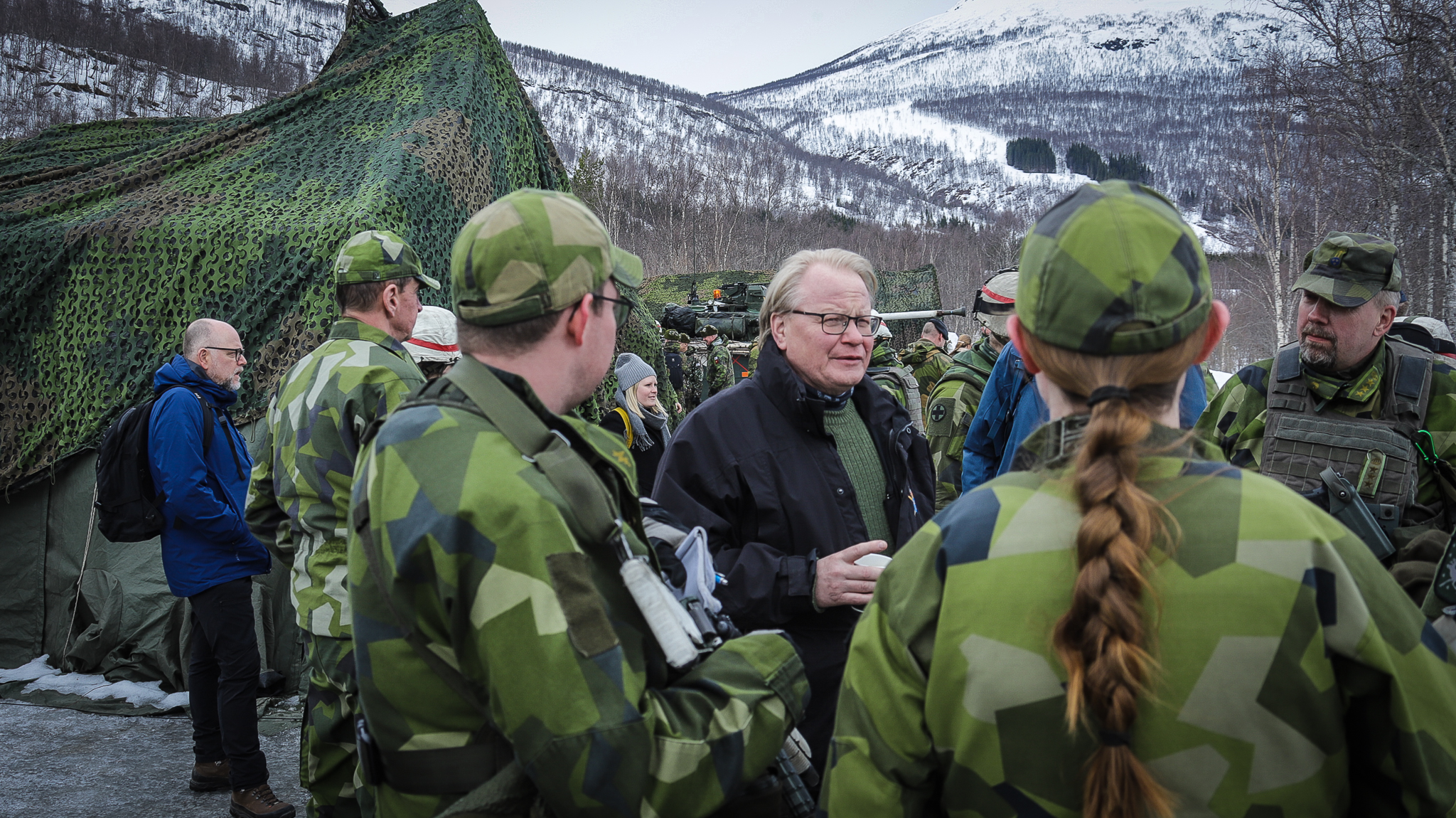 On 25 March, Minister for Defence Peter Hultqvist and the other Nordic defence ministers observed the Cold Response 2022 exercise in Norway. Conducted primarily in northern Norway, the exercise involves approximately 30 000 participants from 27 countries, including approximately 1 500 Swedish enlisted personnel and officers.

Sweden takes part with a number of ground units that, together with Finnish units, make up a reduced brigade combat group. Units from Norrbotten Air Force F 21 Wing also take part with JAS 39 Gripen planes. In total, approximately 150 enlisted personnel and officers from F 21 take part in the exercise.

“The aim of Sweden’s participation is to strengthen our national defence capability and increase the collective capability of the Swedish Armed Forces to respond to an attack against Sweden and against our neighbourhood. Participating in the exercise is an important part of the evolving cooperation with our close partners, the other Nordic countries and NATO. Through exercises like this, we demonstrate which resources we are able to mobilise if necessary,” says Minister for Defence Peter Hultqvist.

The exercise is held in ground exercise areas in multiple regions of Norway. The ground exercise area in northern Norway extends from Narvik in the south to Finnmark in the north. The Swedish-Finnish brigade combat group operates predominantly in Troms county.

Part of these manoeuvres take place in Swedish territory, involving the transport of foreign units to and from the exercise and some smaller phases of the exercise in northern Sweden.

Cold Response is organised in the month of March every second year. Norway and Sweden are joined in the exercise by Belgium, Canada, Denmark, Estonia, Finland, France, Germany, Italy, Lithuania, the Netherlands, Poland, Portugal, Romania, Slovenia, Spain, the United Kingdom, the United States and Turkey.