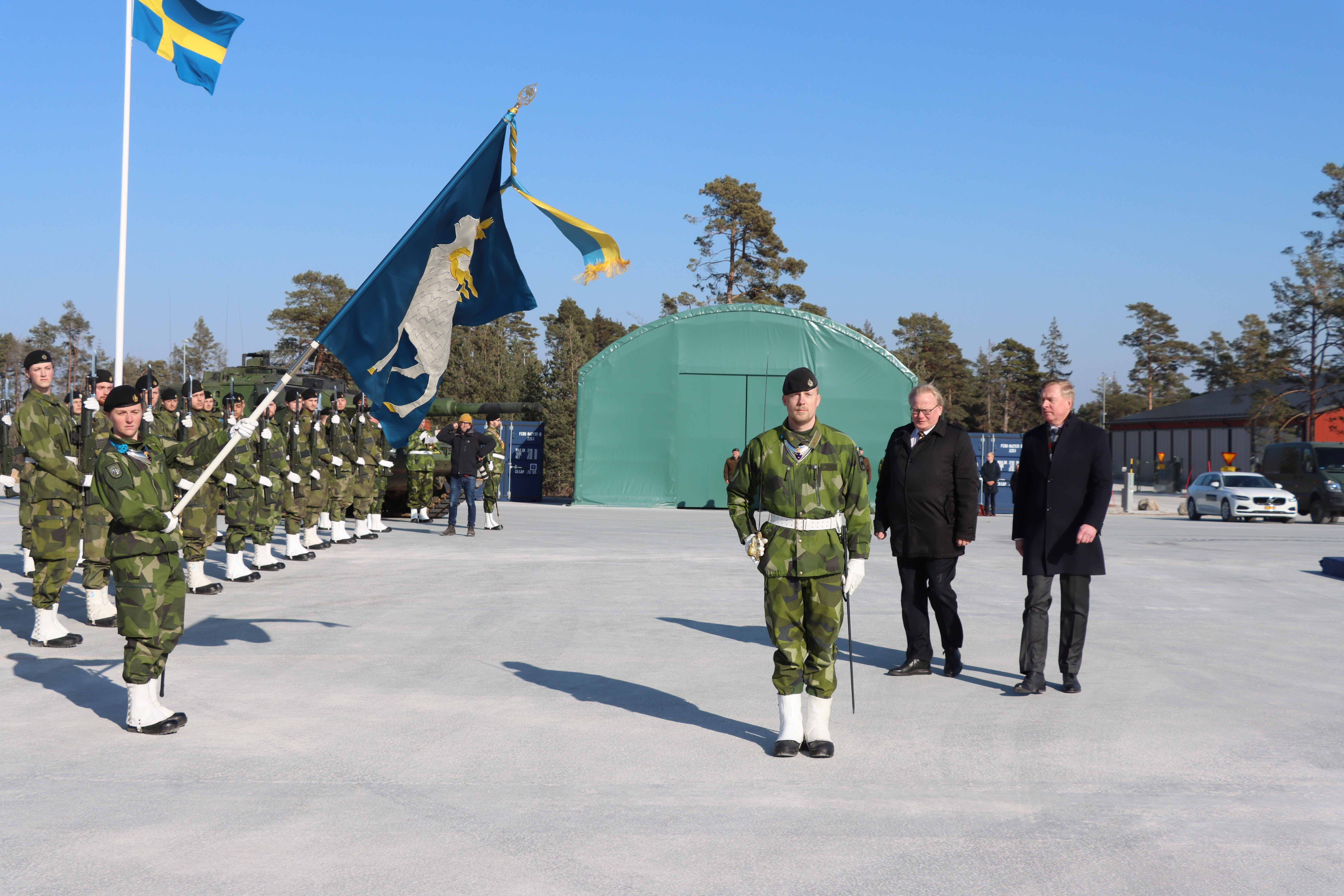 Minister for Defence Peter Hultqvist visited the Gotland Regiment (P 18) on 23 March, together with Estonia’s Minister of Defence Kalle Laanet. They held bilateral talks about the security situation in the Baltic Sea region and regional defence cooperation.

“Russian aggression against Ukraine has fundamentally changed the security situation in Europe. The Swedish Armed Forces continuously adapt their activities with regard to the situation. They have raised their readiness, with increased military presence on the island of Gotland among other things,” says Mr Hultqvist.

“In this very severe situation it is important to maintain close contacts with other countries. Sweden’s cooperation with other states in the Baltic Sea region, among them Estonia, is crucial for building security in our neighbourhood.”

During the meeting, Mr Hultqvist also highlighted the Swedish Government’s response to Russia’s invasion of Ukraine, which follows a three-track approach: sanctions against the Russian regime, support to Ukraine and measures to strengthen Sweden.