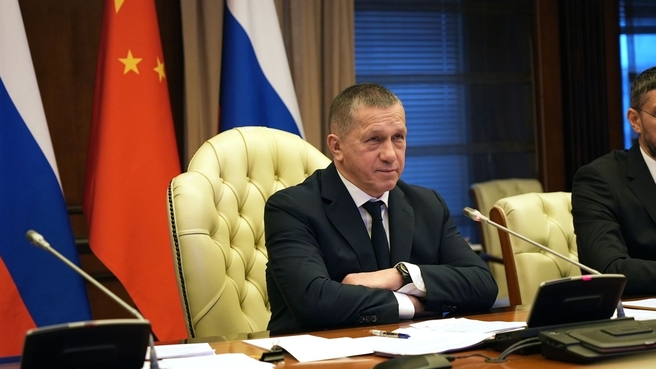 On 24 November, an inter-session meeting of the
co-chairs of the Russia-China Intergovernmental Commission on Cooperation and
Development of the Far East and Baikal Region of Russia and of Northeast China
– Deputy Prime Minister and Presidential Plenipotentiary Envoy to the Far
Eastern Federal District Yury Trutnev, and Vice Premier of the State Council of
the People’s Republic of China Hu Chunhua – was held via videoconference.

Yury Trutnev noted that China was Russia’s main
economic partner in the Far East: “The volume of trade between our countries is
growing. Over the first nine months of 2021, the Far East’s trade with China
amounted to $9.5 billion, which is an increase of 17.2 percent.”

Fostering the development of advanced technologies was
noted as a main area of cooperation. In accordance with the Presidential
Executive Order, work is underway on Russky Island to create an innovative
science and technology centre. A special legal regime is provided, with tax
incentives, special conditions for foreign professionals and the possibility of
land grants for creating scientific and commercial infrastructure to launch
innovative projects. Biotechnology, the World Ocean, ICT and robotics will be
the main areas of the center’s activities.

“We are ready to work together with our Chinese
partners and invite the leading research centres and technology companies of
China to take part in high-tech projects,” Yury Trutnev said.

More to be posted soon…