By admin
Share
Facebook
Twitter
Pinterest
WhatsApp
August 14, 2022
The main event of the day was the flag hoisting ceremony held at the Pakistan High Commission where High Commissioner for Pakistan Zaheer Janjua hoisted the national flag to the accompaniment of the National Anthem in the presence of a large number of Pakistan expatriates, including Canadian MP George Chahal, who had gathered at the chancery in Ottawa. The Messages of the President and the Prime Minister were also read out on the occasion. Later, a beautiful specially made cake in green and white Pakistani flag colours to fit the occasion was also cut.
The 75th Independence Day of Pakistan was marked in Canada with elaborate flag hoisting ceremonies held at the Pakistan High Commission in Ottawa and the Consulates General of Pakistan in Toronto, Vancouver and Montreal.
In a message on the occasion, High Commissioner Zaheer Janjua felicitated the Pakistani diaspora in Canada on the 75th Independence Day of Pakistan. He paid tribute to the founding fathers of Pakistan for their heroic struggle and sacrifices for attaining the goal of an independent motherland.
Last modified: August 15, 2022
Ottawa,
Later in the day, Pakistan High Commission and Salam Pakistan Canada, a local organization of Pakistani Canadians, jointly organized ‘Pakistan Festival’, a cultural fest featuring a host of attractions, including food and clothing stalls, shoes, jewellery, paintings, artifacts etc, at the historical Strathcona Park in the Canadian capital.
He said Pakistan had weathered many challenges in the past 75 years but the goal of achieving a better, stronger and prosperous Pakistan as envisioned by our founding fathers was ongoing and required continued collective and concerted efforts of all at all levels. 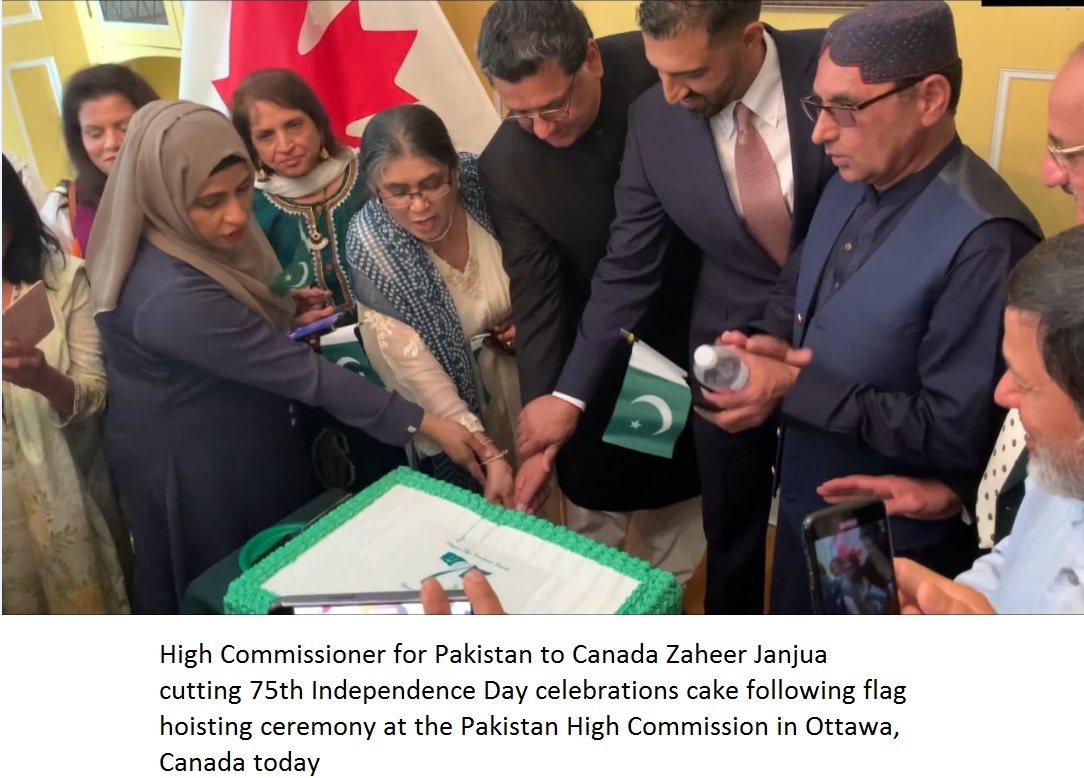 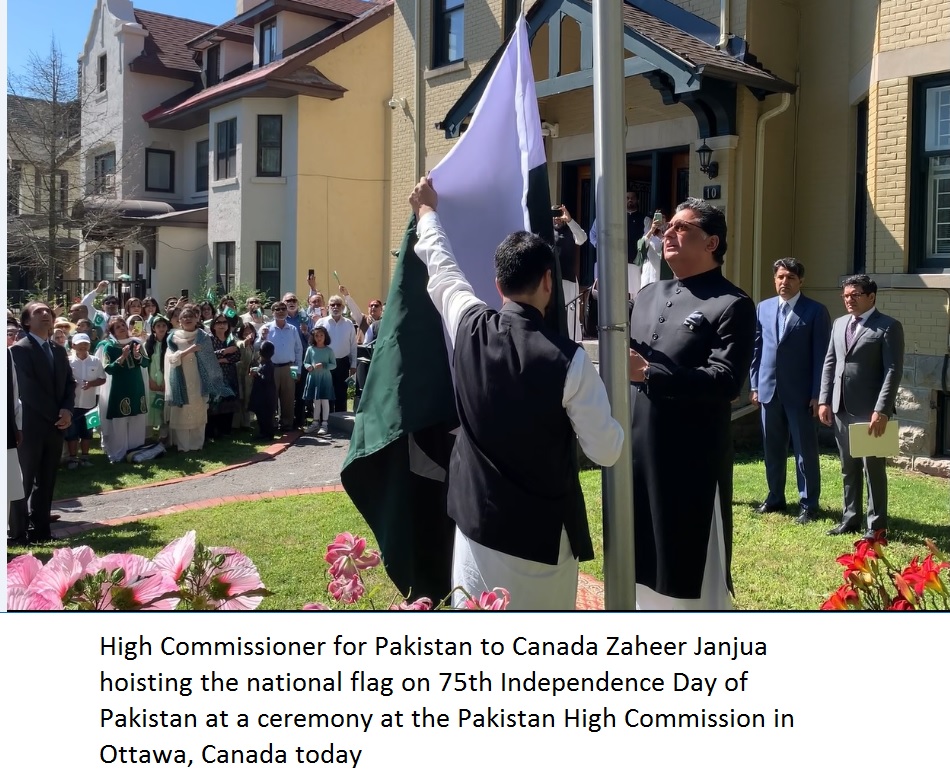 He also paid rich tributes to the Pakistani diaspora in Canada for their role in strengthening bilateral relationship and contributing to the progress and development of their adopted home and the country of their origin.
He hoped and prayed the Kashmiris suffering under the Indian yoke would also have their freedom one day.
He said Pakistan desires friendly relations on equal basis with all countries in the region and the world. He said Pakistan and Canada are also marking this year the 75th anniversary of the establishment of their diplomatic relationship. We enjoy cordial and friendly relations with Canada and the economic, educational and cultural linkages between both the countries are getting stronger, he said.
High Commissioner Zaheer Janjua along with Ottawa-based Pakistani Canadian MP Yasir Naqvi, MP Chandra Arya, Deputy Mayor Ottawa Ms Laura Dudas, MPP Chandra Pasma, Member Sindh Assembly (Pakistan) Nusrat Seher Abbasi and a large number of locals and Pakistani Canadians attended the festival.