Dutch Embassy in the UK lights up in orange to support Orange The World campaign: End violence against women now! 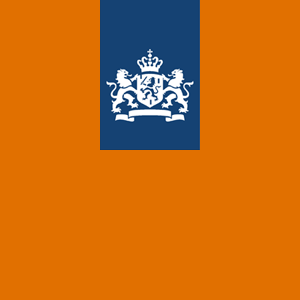 To mark the International Day for the elimination of Violence Against Women and Girls on the 25th of November, the Dutch Embassy in London joins the UN Women’s annual global campaign #OrangeTheWorld to call attention to gender-based violence and spark a global discussion through 16 days of activism.

The temporary artwork by Dutch artist Simon Heijdens, projected through the windows on the façade of the Dutch Embassy’s six-story building for 16 days, will contribute to this cause and propagate the message of ‘Orange The World.’

What is the Orange The World Campaign?

The “Orange the World: 16 Days of Activism Against Gender-Based Violence” is an international campaign since 1991. The colour orange, a colour symbolising hope, is chosen worldwide as the colour of the campaign.

Gender-Based Violence is one of the most prevalent human rights violations in the world. Worldwide, an estimated 1 in 3 women will experience physical or sexual abuse in their lifetime. The World Health Organization (WHO) states that violence against women increases during every type of emergency, including epidemics; cases of domestic violence have risen both in the Netherlands and the UK, and worldwide, since the COVID-19 outbreak.

Embassy lit up in orange by Dutch artist Simon Heijdens

From the International Day for the Elimination of Violence against Women (25 November) to the International Human Rights Day (10 December), the Dutch Embassy in London will light up in orange – and show its support to the UN Orange The World campaign.

Simon Heijdens, a Dutch artist based in London, has designed the light installation. Heijdens creates artworks that continuously transform and evolve in response to their surroundings, affected by meteorological conditions, such as sunlight and wind, and human interaction. His installation at the Embassy, balances between the visible and the invisible – questioning what goes on behind closed doors.

Heijdens’ works are part of the permanent collections of museums such as MoMA New York, the Art Institute of Chicago, Boijmans van Beuningen Museum Rotterdam, and the Victoria & Albert Museum London, and shown at Stedelijk Museum Amsterdam, Haus der Kunst Munich and Garage Museum of Contemporary Art Moscow, among others.

What does the Netherlands do to stop gender-based violence?

The Netherlands financially supports women’s rights organisations working on the prevention and elimination of GBV. It also prioritises it in its international diplomatic efforts, for example through the bi-annual UN General Assembly Resolution on GBV as well as other international fora.

“Alongside the public health crisis, COVID-19 also led to a shadow pandemic. Staying at home under the lockdowns proved especially dangerous for women, as domestic violence increased dramatically. And more broadly, the most vulnerable sections of society are the ones who have been hit hardest by the crisis. The impact on young people, women and girls has been enormous.”

Previous article193 countries adopt the first global agreement on the Ethics of Artificial Intelligence
Next articleCommission outlines contribution of competition policy and its review to green and digital transition, and to a resilient Single Market