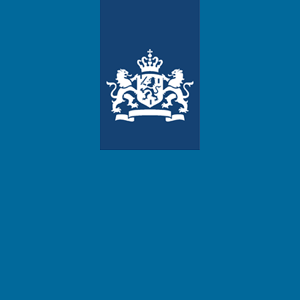 Due to years of neglect the ageing tanker FSO Safer, which currently holds over a million barrels of oil, is in danger of leaking, or even exploding. This could lead to an enormous oil spill in the Red Sea, with serious humanitarian, ecological and economic repercussions.

‘Beyond the human suffering and environmental damage, such an accident would also seriously disrupt international shipping – including the port of Rotterdam – and with it, global commerce,’ said the minister.

Ms Schreinemacher’s trip to Yemen, where a civil war has been raging for the past eight years, was the first such visit by a Dutch minister to the country in 14 years. Since April there has been a truce between the Yemeni government and the Houthis.

At the port of Aden, the minister spoke with Prime Minister Ma’een Abdulmalik Sa’ed and a number of other ministers. She stressed the importance of achieving lasting peace in the country. ‘But there can be no peace without justice. The voices of the victims must be heard, and the perpetrators of serious offences must not be allowed to get away with their crimes. This is why the Netherlands supports Yemeni organisations and the UN in its investigation into human rights violations during the conflict,’ Ms Schreinemacher remarked.

On Wednesday in the margins of the UN General Assembly, the Netherlands, the US and Germany are holding a meeting in which the UN and various partners can look ahead to the necessary follow-up steps and to how the operation will actually be carried out.

The minister began her visit at a reception camp for displaced persons. The camp currently houses nearly 600 families who have had to flee their homes on account of the war. The Netherlands has been providing humanitarian and developing aid to Yemen for years.  Ms Schreinemacher announced this additional contribution during a lightning visit to Yemen. In May of this year, the Netherland organised a donor conference in collaboration with the UN to raise money for salvaging the Safer. At that time the government made an initial contribution of €7.5 million.  As the minister noted: ‘Normally, as minister, it’s my job to deal with the repercussions of disasters. But in this instance we have a chance to prevent a disaster. The Safer is a ticking timebomb. We need swift action. It’s encouraging that so many countries have pledged their financial support. Thanks in part to the Netherlands’ contribution we now have the necessary funds to start salvaging the vessel. Obviously, all the other parties will have to follow through on their pledges as well. The Netherlands stands ready to help the UN start this operation as soon as possible.’

The Netherlands will release an additional €7.5 million for salvage operations to secure the FSO Safer, a floating oil storage vessel off the coast of Yemen. Minister for Foreign Trade and Development Cooperation Liesje Schreinemacher hopes that this amount will help to bridge the current funding gap, thereby allowing recovery efforts to begin. The salvage operation, which is being led by the United Nations, is aimed at preventing a major oil spill.

Dutch companies are world leaders when it comes to conducting complex maritime salvage operations. For example, experts from Smit Salvage have been advising the UN on this matter. Ms Schreinemacher hopes that the UN will be able to continue using the services of these kinds of Dutch firms.