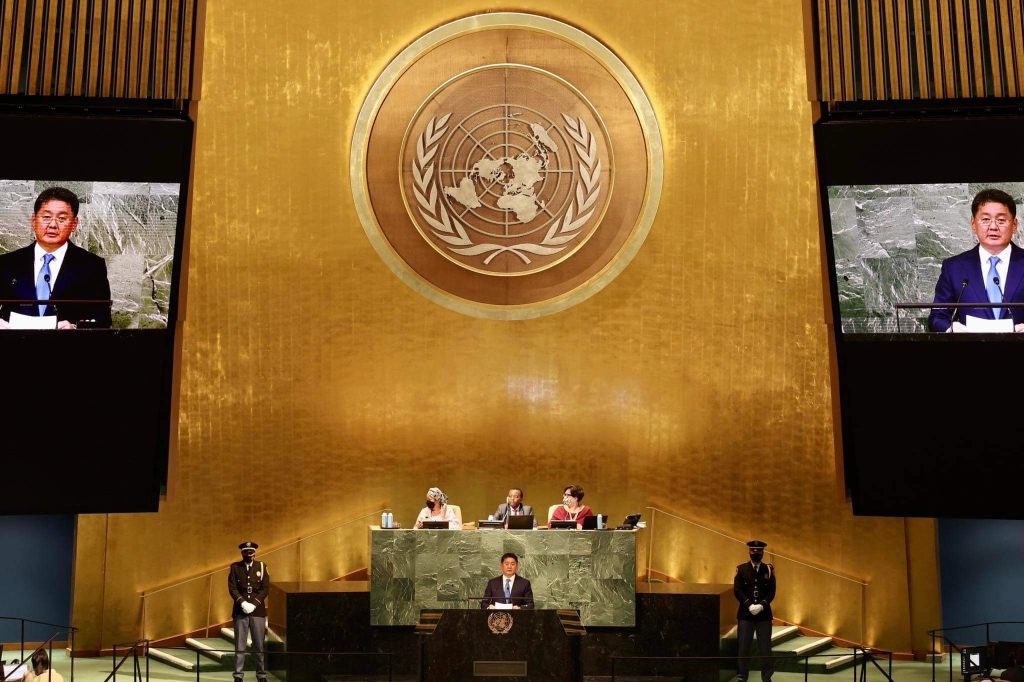 Please access the recording and transcript of the statement here: The President emphasized that even in the difficult times, when the countries of the world were closing their borders, imposing restrictions and quarantines to protect lives and health of their citizens from the COVID-19 pandemic, and running into economic crises, the world military expenditure continued to grow in 2021, reaching USD 2.1 trillion, and called upon the Member States to dedicate this budget to the least developed and developing countries to lift many millions out of poverty, free from hunger and disease, educate and create jobs.In his address, President Ukhnaa Khurelsukh noted that last year, Mongolia celebrated the 60th anniversary of Mongolia’s full pledged membership to the United Nations, and this year, it is observing the 30th anniversary of Mongolia’s declaration of its territory as a nuclear-weapon-free zone and the 20th anniversary of Mongolia’s participation in the United Nations Peacekeeping Operations. He also noted that over the past six decades, Mongolia has been a responsible member of the United Nations, actively participating in multilateral cooperation of the international community and making tangible contribution to global peace and security, as well as wellbeing and development of mankind.