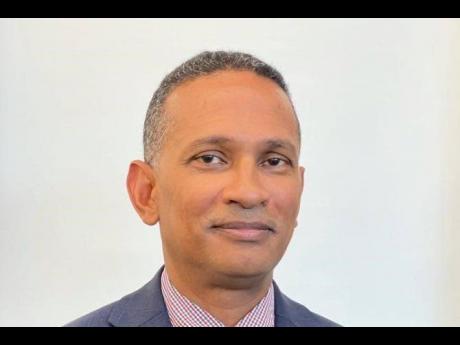 Member states also concluded an outcome on fisheries subsidies, food security, the organization’s response to the COVID-19 pandemic, including a Trade-Related Aspects of Intellectual Property Rights (TRIPS).
In her capacity as Foreign Trade Minister, the Minister delivered a pre-recorded statement on behalf of Jamaica which addressed key issues of national concern. In the margins of the WTO, the Minister held discussions with the Director General of the WTO, Dr. Ngozi Okonjo Iweala and other heads of international organizations, key WTO member states as well as other group coordinators involved in the WTO negotiations.
Permanent Representative of Jamaica to the United Nations, Ambassador Brian Wallace.
The efforts of Minister Johnson Smith and other Facilitators were commended by the Director General, Dr. Ngozi Okonjo Iweala, during the closing ceremony held on Friday, June 17. The Minister was also acknowledged by the Chair of the Conference, H.E. Mr. Timur Suleimenov of Kazakhstan.
The Foreign Affairs Minister who was appointed by the WTO Director General, Dr. Ngozi Okonjo Iweala and the Chair of the General Council, H.E. Didier Chambovey, to facilitate discussions on the first day of negotiations, said that she was honoured to serve in this capacity. “I convened the first small group meeting on Sunday, June 13, and was encouraged by the results. We called for flexibility and pragmatism by members with a view towards results.”
Following five days of negotiations at the 12th WTO Ministerial Conference (Mc12) in Geneva, Switzerland, Senator the Honourable Kamina Johnson Smith, Minister of Foreign Affairs and Foreign Trade, who served as Facilitator, successfully led the conclusion of deliberations on the process of reform for the World Trade Organization (WTO).
Minister Johnson Smith stated that, “After days of intense negotiations, WTO Ministers secured an unprecedented number of outcomes. This included addressing the challenges faced by the WTO. We committed to work towards necessary reform of the WTO, to make the organization more ‘fit for purpose’ and responsive to the needs of developing countries.”
Minister Johnson Smith was also the Interlocutor for the Organization of African, Caribbean and Pacific Group of States (OACPS), the group that represents approximately half of the membership of the WTO.
She added that, “This work will be member driven, open, transparent, and inclusive and will address the interests of all members, including development issues.”