Ministry of Development of North-East Region

The 69th Plenary of the North Eastern Council which was inaugurated by the Union Home Minister Shri Amit Shah on 23rd Jan, 2021 came to a successful conclusion today.

The two-day NEC Plenary focussed on all-round developmental plans for the North-Eastern Region and discussed about the progresses made so far of the various projects that have been implemented in the region. Augmenting investments and improving rankings on ease of doing business also got deliberated upon prominently. In various technical sessions, discussion centred on the developmental projects related to livelihood, entrepreneurship, infrastructure, connectivity and other related areas in the North-East. 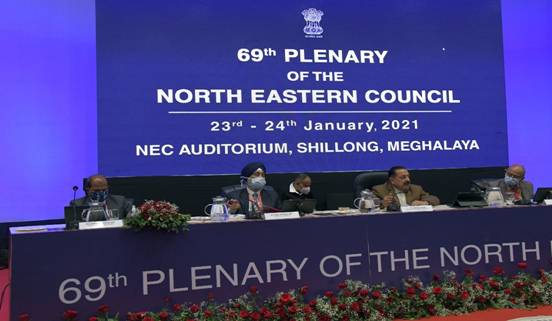 Dr Jitendra Singh acknowledged that the Northeast has been put on a fast track of development under the leadership of the Prime Minister during the last six-seven years and this bears evidence in the form of the unanimous opinion across the country that Northeast has been put on a very fast track. He also added that the expectation is very high and the Prime Minister wanted to achieve more than what have been achieved so far. He expressed his belief that with the dedication of all the states and the different Ministries, Northeast will be able to overcome all challenges in the near future. He said that he takes pride in having been able to walk the talk and live up to the expectations, in fact, rising above all other expectations with the help of the DoNER Ministry’s colleagues and all the stakeholders. 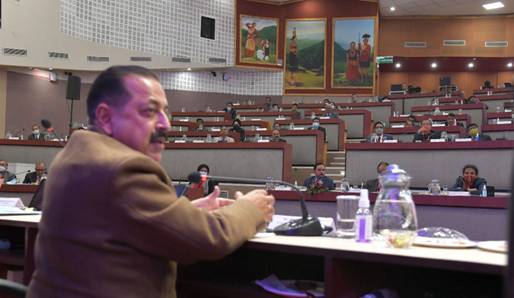 Dr Jitendra Singh patiently heard the presentations that were made by the senior officials of various ministries and departments of the Central Government and requested the Secretaries of the Ministries to offer all possible assistance to the states of the North East. 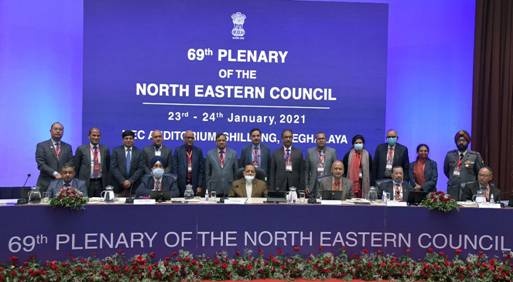 Dr Jitendra Singh added that the North Eastern Region will lead the growth story of India, when the rest of the world is looking for economic resurgence through trade in post-pandemic times. Dr Singh also said that the North-Eastern region will be one of the favourite business destinations of India post-COVID-19 and bamboo is going to be the key pillar of the economic activities. He however asked all the states to equip themselves up to make optimum use of the favourable condition that the North East will have during the Post COVID period.

The Minister urged all the states to utilise the funds that have been allotted by various ministries so that the benefits of the schemes reach to the last person. The Minister said that the rate of utilisation of funds under NEC has been encouraging and hoped that funds under other ministries allotted to the region shall also be brought to optimum utilisation.