IFFI 51 has conquered all ifs and buts to ensure bonding and closeness between us human beings: Union Minister Shri Babul Supriyo

“Bangladesh and India are one, not separate”: Indian Personality of the Year Awardee Biswajit Chatterjee

The closing ceremony of the 51st edition of International Film Festival of India (IFFI), Goa got off to a sparkling start at the Shyama Prasad Mukherjee Indoor Stadium, in Talegaon, Goa today January, 24, 2021. Veteran Bollywood actor Ms. Zeenat Aman and Shri Ravi Kishan were the Guests of honour, while veteran actor, director and producer Biswajit Chatterjee has been presented with the Indian Personality of the Year Award. Governor of Goa Shri Bhagat Singh Koshiyari, Chief Minister of Goa Dr. Pramod Sawant, Union Minister of State for Environment, Forest & Climate Change Shri Babul Supriyo too graced the closing ceremony, along with a host of dignitaries from various spheres of life.

Governor of Goa Shri Bhagat Singh Koshiyari lauded the organizers for holding the festival, despite the extraordinary times in which we are going through. “Cinema is uniting not only our country, but our neighbouring countries as well. I salute Indian cinema and filmmakers. Film festival is an opportunity to learn and to remind us that the whole world is one, despite differences. Cinema touches the heart, not the mind; it comes not from the mind but from the heart.” 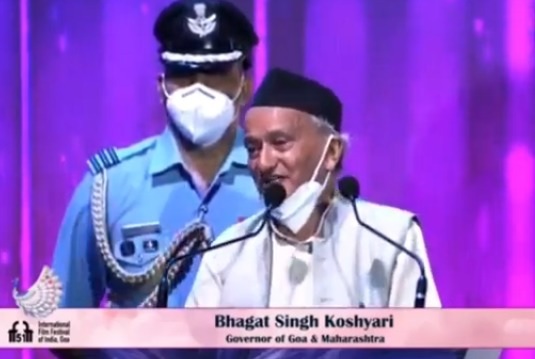 Addressing the gathering, Union Minister Shri Babul Supriyo said this edition of IFFI has conquered all ifs and buts and has emerged as the perfect platform for excellence. “IFFI 51 is a one-of-kind achievement, given that we organized this in a hybrid mode amidst the pandemic. The festival edition has conquered all ifs and buts to ensure that there is no if when it comes to ensuring the bonding and closeness between us human beings. The big screen entertains, makes us cry and makes us life in a different manner, when great directors make films to enlighten and entertain us. It also magnifies all the emotions we have. India, which makes the largest number of films in the world, has gotten together with the rest of the world to celebrate cinema.” 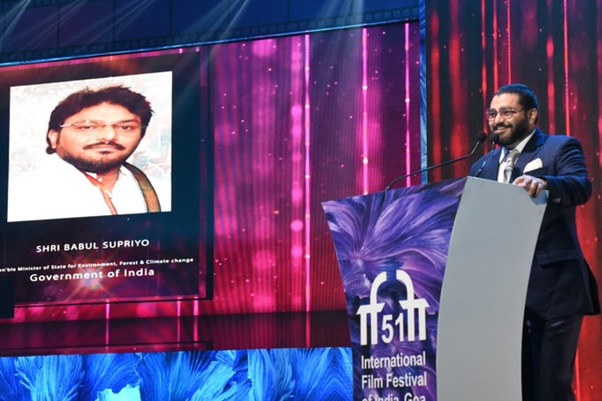 “This year, cinema came to us in different forms”, the Minister said, congratulating IFFI for holding the festival in hybrid mode. “Despite the pandemic, the 51st edition showcased films from 60 countries. The edition has given a global roadmap of excellence. We are excited in a New India and we believe the show must go on.”

Recounting some of the notable features of this edition, the Minister said: “We had Bangladesh as the focus country for this year’s edition. We paid a wholesome tribute to the legendary Satyajit Ray. We paid homage to 19 film personalities who passed away last year. Artists live on in celluloid, they never die.” The Minister observed that Indian cinema has emerged as a medium with immense soft power.

Stating that IFFI stood out as a wonderful sign of creativity, Chief Minister of Goa Dr. Pramod Sawant congratulated all film personalities, delegates and organizers. “Goa will now be known not just for the sun, sand and sea; many steps are being taken for the development of the state, including for promotion of tourism, including eco-tourism. Fourth International Bird Festival is being held in Goa, which would be an occasion for witnessing the state’s natural beauty. I welcome filmmakers of India and abroad to come and shoot in Goa. We will be committed to make 52nd IFFI even better.” The Chief Minister concluded by saying that India is ready with two vaccines to fight COVID-19, and that COVID-19 will fail, the world will win. 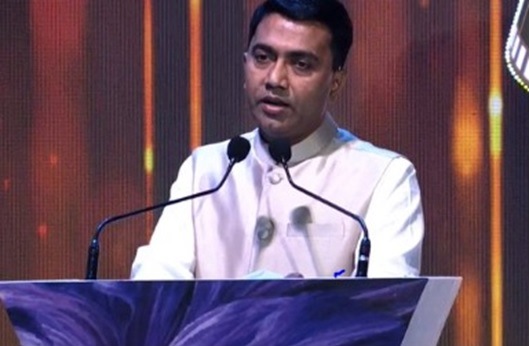 Receiving the Indian Personality of the Year Award, the veteran actor Biswajit Chatterjee said: “I thank the Government of India and the Ministry of Information and Broadcasting from the bottom of my heart, for honouring me this with award. This year, we came to know that Bangladesh is our focus country, a country with which I have a deep connection. When Bangladesh was being attacked, genius director Rithwik Gatak was with me in Mumbai and we used to get inspired by the speeches of Bangabandhu Sheikh Mujibur Rahman. Then as per Rithwik Da’s suggestion, we made the documentary THERE FLOWS PADMA, THE MOTHER RIVER; I later went to Dhaka and presented it to Bangabandhu. I found two paintings in his room, those of Gurudev Rabindranath Tagore and Netaji Subhash Chandra Bose. I can never forget the love I got from Bangladesh. Bangladesh and India are one, we are brethren; we are not separate.” 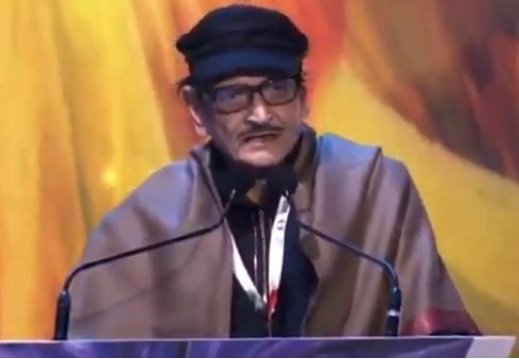 In a video message, celebrated actor Amitabh Bachchan said: “The world went through an unprecedented situation. IFFI is a great example of transforming challenges into opportunities. The festival was conducted in hybrid mode in a wonderful fashion. I thank everyone who made IFFI possible, especially the Government of India for keeping cinema alive during these difficult times.”

Secretary, Ministry of Information & Broadcasting Shri Amit Khare said that this edition of IFFI is special as it positions India’s position to organize a film festival in a hybrid mode. “This has happened for the first time in the whole of Asia. This film festival highlights India’s superior arts as well as well-developed techniques. This festival marks the triumph of human spirit over COVID-19. Each and every person who is from Goa have been very active in supporting this festival in the new hybrid mode”. 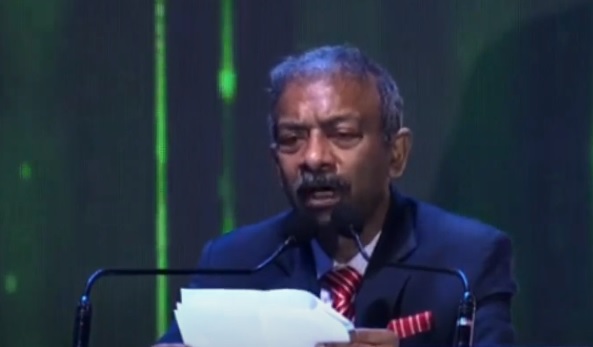 The Union I & B Secretary also thanked Shri Priyadarshan for leading the digital interface for selecting the awards for the 51st IFFI. “It is great that the 51st edition of IFFI coincides with the 50th anniversary of independence and liberation of Bangladesh, which is our country of focus for this edition of IFFI.” Films from 60 different countries have been showcased in IFFI this year. He hoped that IFFI 51 will encourage organizers of other festivals across the world too to organize festivals, despite the pandemic situation.

CEO of Entertainment Society of Goa Shri Amit Satija said that the 51st IFFI will always be remembered as an example that we will be able to succeed if we have will power and the right attitude. “Various steps were taken to ensure festival participation in hybrid mode and to ensure the safety of the delegates. More than 3,200 delegate cards were issued for the physical format, while more than 1,000 delegates participated virtually. More than 190 movies were screened over a period of 9 days. Despite the pandemic, 39 international guests from 11 countries attended the festival.”

Bangladesh was the focus country of the festival this year and films Rupsa Nodir Banke and Jibandhuli directed by Tanvir Mokammel, Meghmallar by Zahidur Rahman Anjan, Under Construction by Rubaiyat Hossain and Sincerely Yours, Dhaka by Nuhash Humanyun, Syed Ahmed Shawki and 9 other individual directors were screened at the festival.

The first ever hybrid  edition had the best of recent International cinema, along with special sections such as International Retrospective, Festival Kaleidoscope,World Panorama and special screenings.

Masterclasses and In-conversation sessions, which have been the highlight of IFFI over the years, were held virtually. Renowned film personalities like International Competition Jury Chairman Pablo Cesar (from Argentina), Shekhar Kapur, Subhash Ghai, Priyadarshan, Rahul Rawail, Sidharth Roy Kapur, and Prasanna Vithanage (from Sri Lanka) shared their valuable experiences through these sessions.

Awards including the coveted Golden Peacock are being announced at the closing ceremony.

The closing ceremony can be watched here.

Creativity key to a fairer entire world for persons with disabilities:...