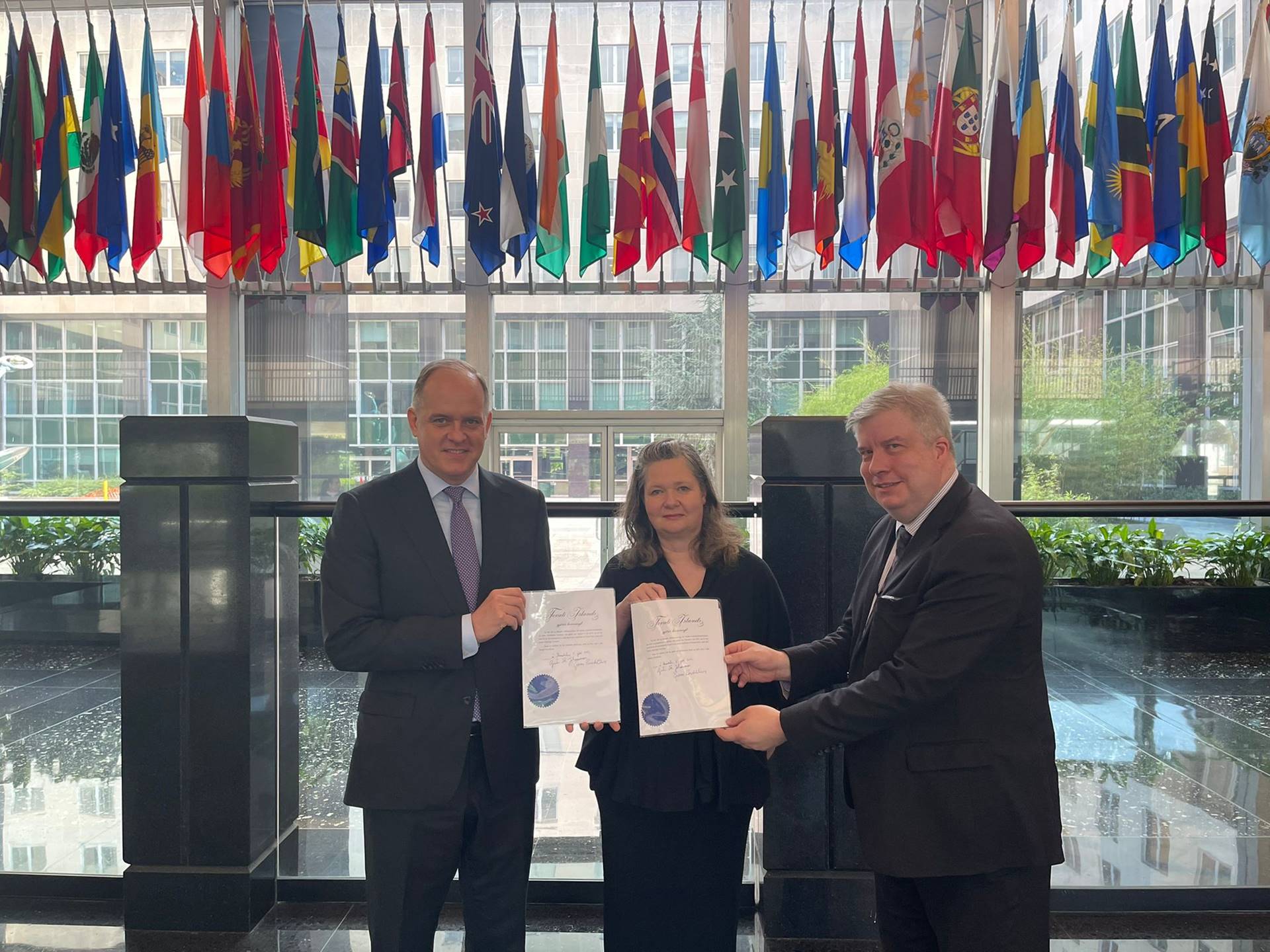 Iceland is among the first Allies to conclude the acceptance process. The protocols were signed at NATO headquarters in Brussels yesterday morning, on the 5th of July.  Certified copies of the signed accession protocols were delivered to the Ministry for Foreign Affairs around noon on that same day, and the President of Iceland signed the instruments shortly thereafter. Subsequently, the instruments were flown to the United States around 5 o’clock on an Icelandair Aircraft. The process was completed today at 9 o’clock local time in Washington when the Ambassador delivered Iceland’s original instruments as prescribed by the North Atlantic Treaty.Bergdís Ellertsdóttir, the Ambassador of Iceland to the United States, today delivered to the U.S. Department of State the instruments of accession to the protocols to the North Atlantic Treaty on the accession of Finland and Sweden. The Parliament, Althingi, adopted a Parliamentary Resolution on June 7th authorizing the Government to accept the protocols once they were ready.
The expectation is that all the Allies will have concluded the accession process later this year. When the process is concluded the Allies will number 32, including Finland and Sweden.

“The signing of the protocols yesterday was a momentous event for Finland, Sweden, and NATO. The rapid acceptance of these friendly nations’ applications for membership signals the deep solidarity of the Allies and strengthens NATO and the important values it is founded on,” said Þórdís Kolbrún Reykfjörð Gylfadóttir, the Minister for Foreign Affairs.