New US President: MEPs hope for a new dawn in transatlantic ties 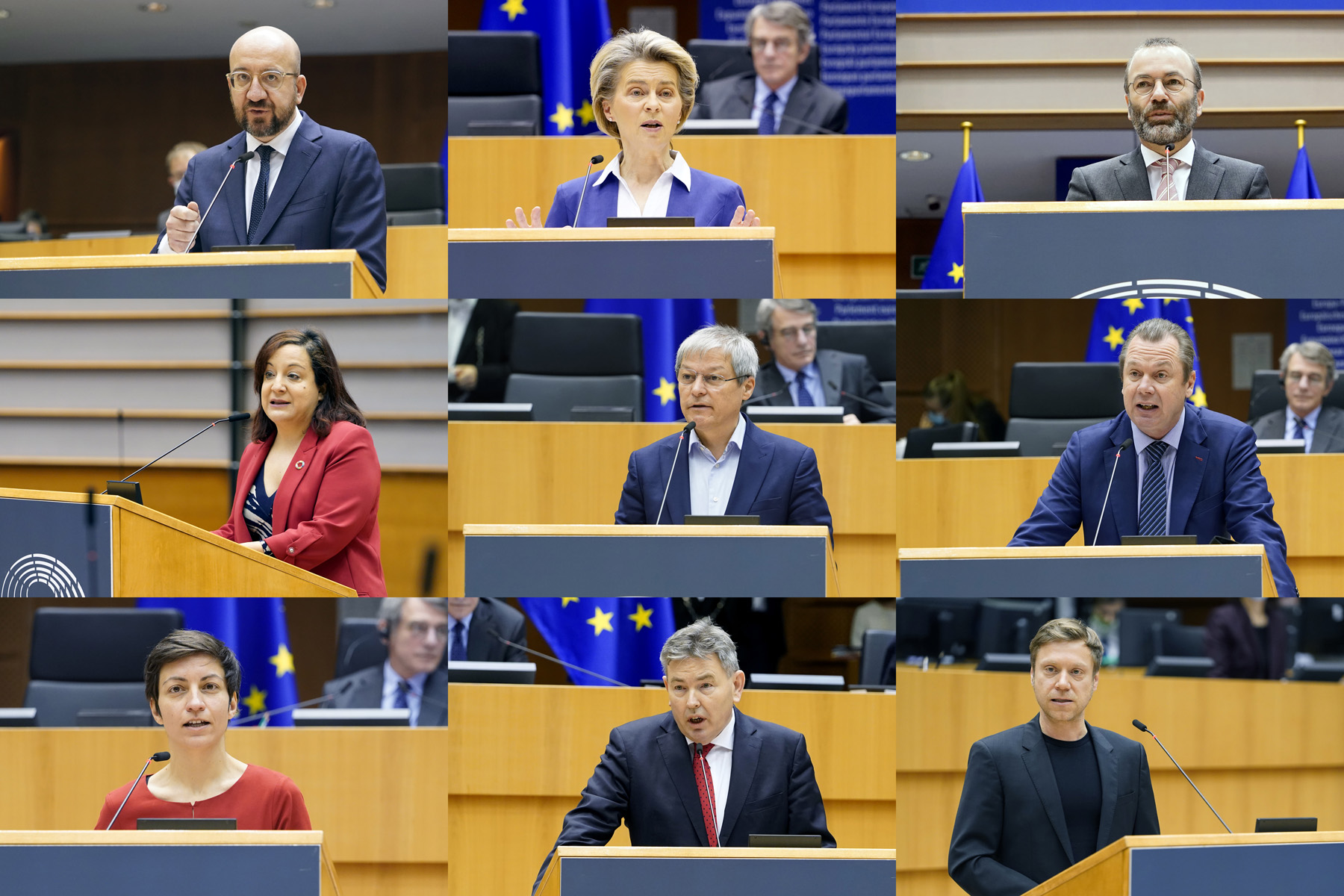 On Wednesday morning, MEPs debated the inauguration of Joe Biden as new US President and the political situation in the United States with European Council President Charles Michel and European Commission President Ursula von der Leyen.

European Council President Charles Michel opened the debate by saying: “Today is an opportunity to rejuvenate our transatlantic relationship, which has greatly suffered in the last four years. During this time, the world has grown more complex, less stable and less predictable. More than ever before, this requires us Europeans to take our fate firmly in our own hands to defend our interests and promote our values. Together with the US, we must stand as the bedrock for the rules-based international order, working for peace, security, prosperity, freedom, human rights and gender equality.”

Commission President Ursula von der Leyen continued: “Europe now has a friend in the White House and is ready for a new start with its oldest and most trusted partner. We must push for global change based on common values”, on democracy, climate change, the handling of the pandemic, and digitalisation. Referring to the siege of the Capitol organised online as well as to hate speech and disinformation spreading through social media, von der Leyen called for cooperation with the US to regulate tech giants. “The unbridled political power of internet giants must be reined in” as their behaviour must be dictated by laws instead of “arbitrary decisions made by a Silicon Valley CEO”, she said.

Manfred Weber (EPP, DE) underlined that “today is a day of hope. Four years of dividing society are now behind us”. He added that we are not in a position to lecture the US as Europe has the same problems. “Social media highlights extremist positions. Big Tech needs clear rules – they have to serve society”. It is also important to take the concerns of Trump voters seriously, Weber said. “Protecting the borders is not extremism. Let’s defend our common values and institutions together”, he concluded.

“Ignoring the scourge of inequality is how some of the worst upheavals of the last few years, such as Brexit and Trumpism, began”, said Iratxe García Pérez (S&D, ES), noting that all democracies, even the strongest, are vulnerable. The horrifying scenes of the attack on the Capitol prove that “we must fight against disinformation”. Another common EU-US challenge is rebuilding the multilateral system, and ensuring rules and democratic institutions are respected, she concluded.

“The attack on the Capitol has recognisable roots”, said Dacian Ciolos (Renew, RO). “Populism, the pursuit of individualistic interests while in public office, polarisation and big lies made up and propagated from the country’s highest office. No democracy in the world is immune to these dangers”, he said. Today is “an opportunity we cannot miss. We need to roll up our sleeves and reshape our partnership (…) and find a common vision on how to deal with common challenges” such as easing trade tensions, fighting climate change, and how to deal with digital giants, he added.

Jerome Riviere (ID, FR) said that the attack on the temple of US democracy is unforgivable. He condemned that almost all social media blocked a democratically elected president who was still in office, breaching the essential democratic principle of freedom of expression. He said that Donald Trump’s defeat does not change the political agenda of the US, “which is to dominate people worldwide”.

Ska Keller (Greens/EFA, DE) called for fundamental freedoms and rule of law to be safeguarded. Events on Capitol Hill were the direct result of Trump’s encouragement and “four years of daily lies and contempt for facts”. Is Europe safe from populism and demagogues, from disinformation and attacks on the rule of law, she asked, pointing to the Brexit campaign “filled with blatant lies and false promises”, to the Polish government’s “unbelievable disregard for women’s ownership of their own bodies”, and to “Viktor Orban’s systemic dismantling of Hungary’s rule of law”.

Derk Jan Eppink (ECR, NL) warned against silencing public debate by tech giants or politicians, admitting that “big tech companies abuse their dominant position. Their power must be broken”. But while democrats might be “traumatised after four years of Trump, […] the new incumbents should refrain from criminalising dissent. Raising inconvenient questions is the core of democracy,” he added.

Martin Schirdewan (The Left, DE) said that four years of Trump have undermined trust in democracy, which must be restored and strengthened. A new US president must also signal a new start in the transatlantic relationship, he added, highlighting that for his group, the demands are clear: a return to multilateralism, a common policy that is committed to climate action, and working together for a peaceful world order.

Click on the links to view individual statements again.

Mouthpiece Secretary Sherman’s Participation within the U. S. -EU Dialogue on...