From COP26 to zero-pollution: EU cities and regions push forward an ambitious energy, climate and environmental agenda for 2022 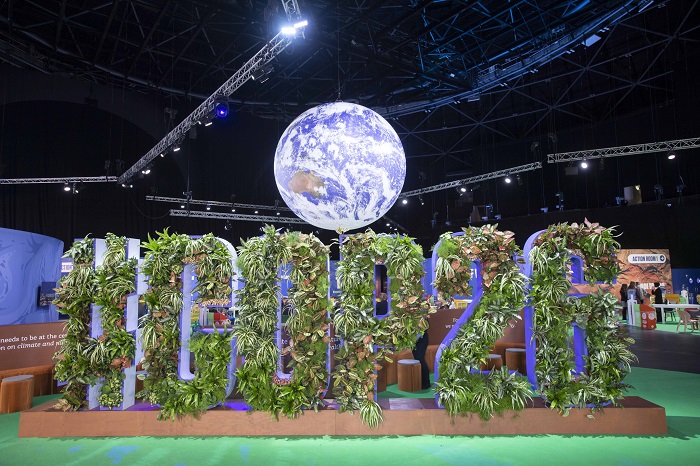 ​​​​​Moving towards zero-pollution, making the EU Emission Trading System (ETS) and the Carbon Border Adjustment Mechanism (CBAM) work for EU cities and regions along with gender equality and climate change are three of the main topics discussed at the ENVE commission meeting on 23 and 24 November. The meeting hosted the award ceremony of the Transformative Action Awards 2021. The conclusions of the COP26 climate summit have been part of the discussions with members celebrating the Glasgow Climate Pact reference to ‘the urgent need for multilevel and cooperative action‘ to tackle the climate crisis.

​​On 23 and 24 November, the first meeting of the European Committee of the Regions’ (CoR) commission for the Environment, Climate change and Energy (ENVE) after COP26 included a debate on the conclusions of the UN climate summit that took place in the Scottish city of Glasgow from 31 October to 13 November 2021.

Juan Espadas (ES/PES) , Mayor of Seville, Chair of the ENVE commission and of the CoR’s Green Deal Going Local working group, said: ” COP26 was an important step forward in recognising the limit of 1.5° C rise in temperature as the common global targets. Nonetheless, it also left many issues unsolved. As European Committee of the Regions, we are ready to start working as of now on these issues and support the process with a view to making COP27 really the COP of fair implementation and of concrete measures for financing, adaptation and loss and damage.”

An assessment of the achievements of subnational governments at COP26, gathered in the Local Governments and Municipal Authorities (LGMA)
Constituency, was provided by Yunus Arikan, ICLEI Director of Global Advocacy and LGMA Focal Point at the United Nations Framework
Convention on Climate Change (UNFCCC). CoR members and Mr Arikan shared their disappointment for the COP26 results in terms of climate ambition, which could have been more concrete, and resources, which could have been better defined. Nevertheless, they also recognised the positive steps made by the Conference to strengthen the fight against the rise in temperature and to recognise the fundamental role of local and regional authorities within this process.

On 23 November, the ENVE commission meeting also hosted the ceremony of the Transformative Action Award 2021. The winner project is ‘La Titaranya’, a cooperative of homes in the heart of the Catalan city of Valls which objective is the physical and social rehabilitation of a degraded neighbourhood. The project has been awarded for its capacity to catalyse a socio-cultural, socio-economic and technological transformation within its community. Read the press release here.

‘Making the EU Emission Trading System (ETS) and the Carbon Border Adjustment Mechanism (CBAM) work for EU cities and regions’ , by rapporteur Peter Kurz (DE/PES) . The Lord mayor of Manheim stressed that: “The Emissions Trading System is the most successful measure to date for reducing CO2. As part of the ‘Fit For 55 Package’, it is rightly being expanded to include the building and mobility sectors, as these have so far clearly missed the CO2-saving targets. In these sectors, however, it is important to give a compensation to the people and regions particularly affected. We therefore propose to directly involve local and regional authorities in the revenues generated from the auctioning of allowances. This should make the transformation socially sustainable in the relevant regions.” The draft opinion is to be adopted by the CoR’s Plenary in April 2022.

‘EU Action Plan: Towards Zero Pollution for Air, Water and Soil’ , by rapporteur Marieke Schouten (NL/The Greens) . The Alderman of the municipality of Nieuwegein, said: ” Local and regional authorities have a key responsibility in ensuring healthy living conditions for citizens, and are at the forefront of implementing pollution-related laws, policies and programmes. The complex causes and effects of pollution, conflicting interests, and the gap between policies and practice create obstacles to do so sufficiently. With more effective and focussed cooperation between authorities, stronger administrative and compliance mechanisms, and access to data and knowledge, local and regional authorities can effectively contribute to the achievement of the zero pollution target .”

The draft opinion is to be adopted by the CoR’s Plenary in January 2022.

‘Gender equality and Climate change: towards mainstreaming the gender perspective in the European Green Deal’ , by rapporteur Kata Tüttő (HU/PES) . The deputy-mayor of Budapest declared: ” Gender equality is a fundamental principle of the European Union and as such must be at the core of all its policies, especially the European Green Deal. Climate policies have gender-differentiated impacts therefore the transformative agenda of the Green Deal will be key for women too. The EU needs to systematically implement the gender perspective into the Green Deal, from the Recovery Plan to mobility, from energy poverty to jobs. We are ready to work with the other European Institutions to make this happen at all levels of governance. ” The opinion is to be adopted by the CoR’s Plenary in January 2022. You can read the draft opinion here .

‘Local and regional authorities accelerating the implementation of the EU Pollinators Initiative’ , by rapporteur Frida Nilsson (SE/RE). The member of the Local Assembly of Lidköping Municipality said: “The situation for pollinators around the world is alarming, but reports show that it is not too late. Not for biodiversity, climate or pollinators. There is however a need for changed measures, at all levels. To turn the decline of pollinators around, coordinated and integrated strategies involving all sectors and political circles is needed. It is important to engage all relevant actors and improve the effectiveness of existing, but fragmented, efforts. The draft opinion underlines the crucial role that local and regional authorities play in this, and the way forward” . The opinion is to be adopted by the CoR’s Plenary in January 2022. You can read the draft opinion here.

On 24 November,
ENVE members had a debate on the Conference on the Future of Europe (CoFoE) with the newly elected Chair of the CoFoE Working Group on the Green Deal and the environment, Anna Pasková, from the Ministry of Environment of the Czech Republic.

The CoR released a COP26 political declaration on 12 November which was endorsed by the Local Governments and Municipal Authorities Constituency ( LGMA
), ICLEI – Local Governments for Sustainability,Climate Kic, Regions4, Climate Alliance , COSLA and AER – Assembly of European Regions . It reinforces the message of the LGMA Constituency – the voice of cities and regions in the United Nations climate talks – that any pledges and commitments taken in Glasgow will only become a reality if every level of government is involved in their implementation.

At COP26, the Local Governments and Municipal Authorities (LGMA) Constituency, composed of local and regional authorities from all over the world, has been calling for greater recognition from the Parties of the Paris Agreement of their role in reversing global warming, as well as for a formal seat in the climate negotiations and the full acknowledgment of multilevel collaboration as a prerequisite for limiting temperature rises to 1.5°C by the end of the century. In its declaration published on 31 October, World Cities Day and the opening day of the Glasgow conference, the LGMA Constituency shared its Time 4 Multilevel Action Roadmap , calling for “a new decade where multilevel collaborative action becomes the new normal” in the fulfilment of the objectives set up by the 2015 Paris Climate Agreement.

CoR Resolution on the COP26: Global and Local Alliances for Climate Action.

Compliance table – Guidelines on key concepts of the AIFMD