Tribute in Liberia to José Martí on the 168th anniversary of his birth. 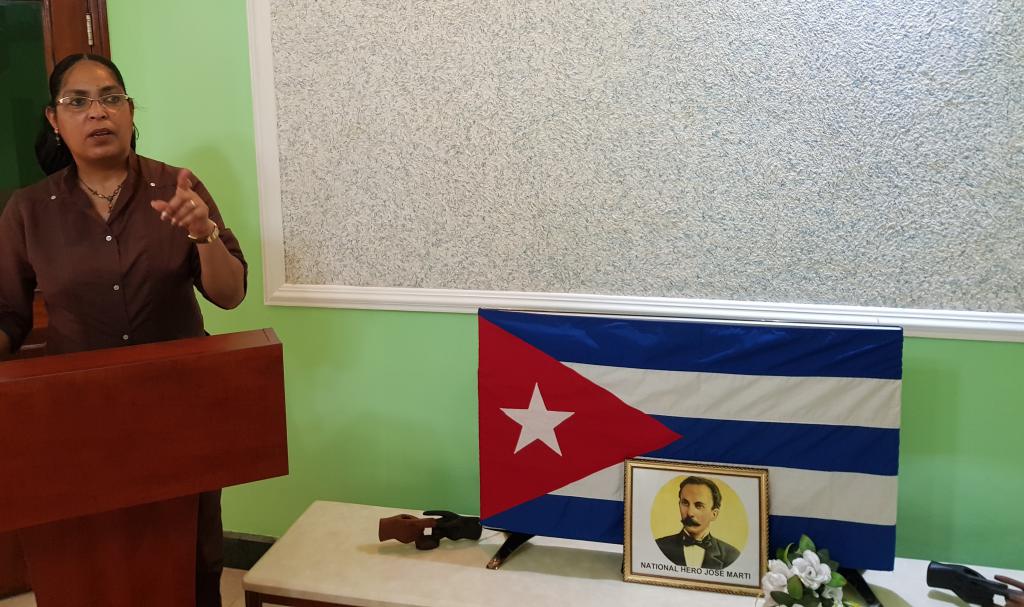 Monrovia, January 28, 2021.- The Cuban Embassy in Liberia and the directors of the Liberia-Cuba Friendship Association paid tribute to the National Hero José Martí on the 168th anniversary of his birth, and once again demanded an end to the U.S. blockade to the Caribbean island.

The Head of the Diplomatic Mission, Mercedes L. Martínez Herrera, highlighted the validity of Martí’s thought and expressed that Cubans will never let the legacy of the most universal of Cubans die, because Martí is a symbol of humanity, justice, patriotism and dignity.

Speaking on behalf of the Friendship Association, William Wesseh, a graduate of Cuba, recalled aspects of Martí’s life as a poet, writer, journalist, philosopher, thinker and organizer of the Cuban Revolutionary Party, for which he is considered the Apostle of Cuba’s Independence.

Remembering the man with a noble soul, a writer of wise words, who dragged a shackle over his short 16 years and gave lessons in patriotism in his poem “Abdala”, amplified the spirit of those present about knowledge of José Martí’s life and work.