The march that will light up cyberspace 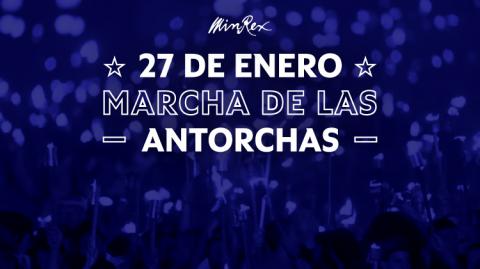 To eternalize the patriotic sentiment of the protagonists of that first Torch March and to continue to carry the Master’s doctrines in their hearts, the new generations will return on the night of this January 27. It will not be in the streets, but in cyberspace and the Marti and Fidelista tradition will also have a lot of tribute, commitment and recount.
The complex epidemiological situation that we are experiencing due to the pandemic invites us to illuminate the virtual stage from nine at night to remember when 68 years ago the Centennial Generation, led by Fidel, did not let the Apostle die. For the initiative we will use the tags #AntorchasMartianas, # MartíEntreNosotros, #CubaViva, #MartianosHoy, #IdealesDeLuz, #ConElRemoDeProa and #JuvenilMartiano.
That has been the call of the Union of Young Communists, student organizations and youth movements, who, in addition, have invited to upload images, videos and audios about previous marches, to create and share their own torch, and use for that purpose candles, flashlights, cell phones, as well as flooding the networks with messages.
May each Martian from the heart accompany us, the flame of freedom high, in this appointment with the Homeland, because loving Martí is loving Cuba, for all time, urged Yusuam Palacios Ortega, president of the Martiano Youth Movement, according to reported the Cuban News Agency.
Likewise, this Wednesday and as a tribute to the 168th anniversary of the most universal of Cubans, the online youth forum “With bow oar”, dedicated to the presence of José Martí’s ideology in young people, is being held, another of the activities of the Marti youth journey organized by the date.
(CubaMINREX-Juventud Rebelde)