Oslo, August 24, 2021.- Friends of Cuba held a demonstration today in front of the United States embassy in Oslo, to demand the end of the economic, commercial and financial embargo against Cuba.

Led by the Cubaforeningen i Norge (Norwegian Friendship Association with Cuba), representatives of social groups and local unions peacefully demanded the immediate cessation of this unilateral policy, intensified in the midst of the Covid-19 pandemic.

On June 23, the United Nations General Assembly approved the resolution “Necessity of ending the economic, commercial and financial embargo imposed by the United States of America against Cuba.” A total of 184 countries voted in favor of this resolution, with only three abstentions and two votes against. It is an exercise that since 1992 has been confirming the growing international isolation of the United States policy towards Cuba.

In a statement issued on August 12, 2021, Cubaforeningen i Norge condemned attempts to “downplay and even directly or indirectly support a murderous blockade, which is the main component of an economic, political and psychological war against the Caribbean island.” 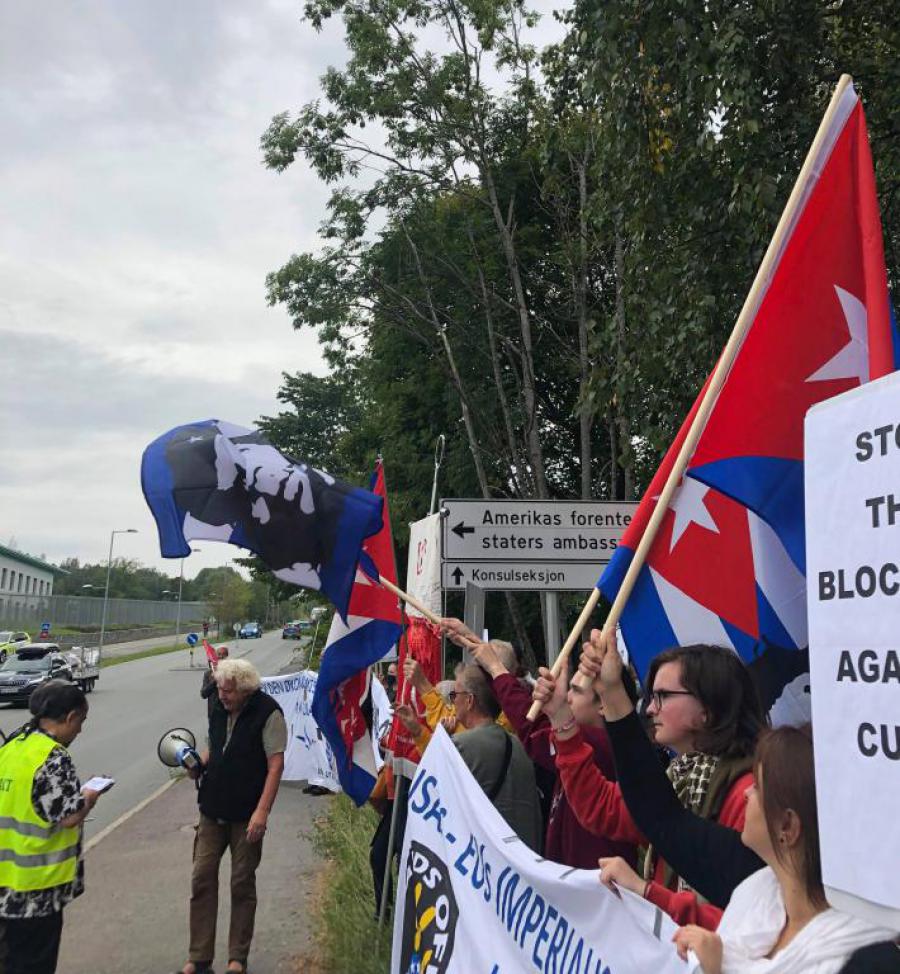 The Friendship Association also denounced the “intense campaign of subversion, financed and managed from Washington and Miami.”

You can access the declaration (Norwegian language) at the following link: That is why we support Cuba / Derfor støtter vi Cuba

The multiple displays of solidarity made by friends of the island throughout Europe and the world, confirms that Cuba is not alone. Norway is also demanding that the United States cease interference in the internal affairs of Cuba and put an end to the blockade. (Embacuba Noruega) 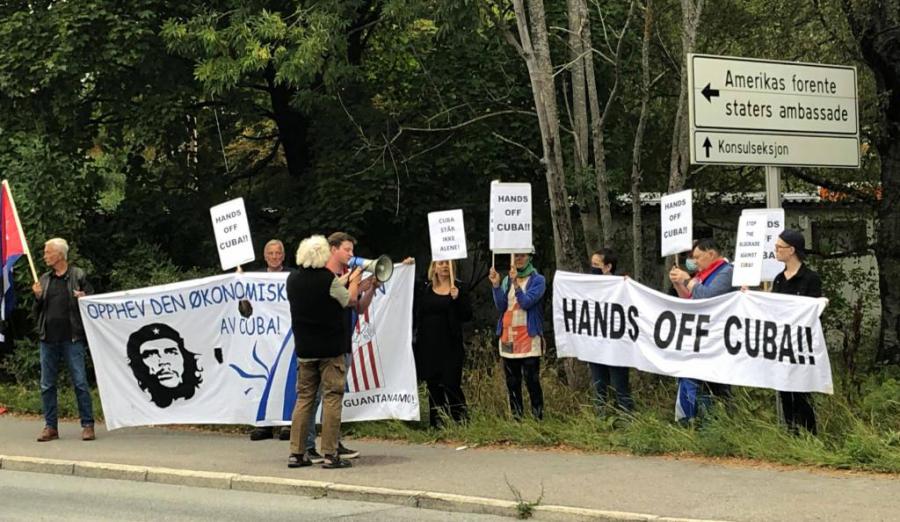