Minister of Foreign Affairs of Dominica reiterates the traditional position of his country of condemn of the blockade of the government of EE.UU. against Cuba. 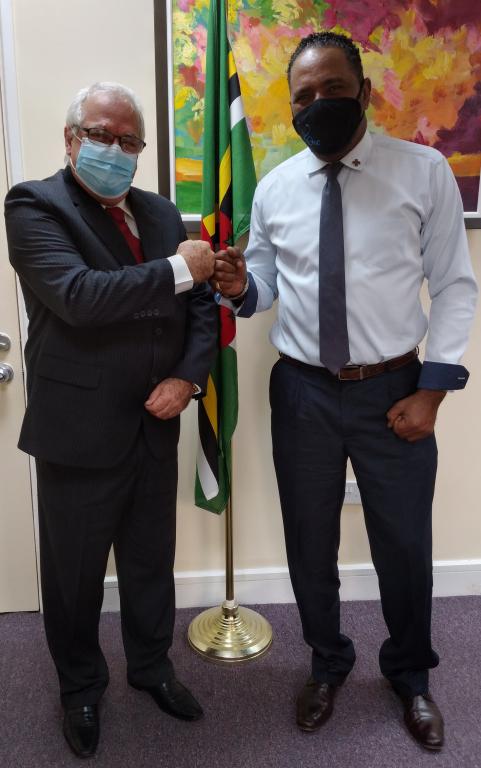 Roseau, Dominica. The Ambassador of the Republic of Cuba, Ulises Arranz Fernández, held a meeting today, February 1ers 2021, with the Minister of Foreign Affairs, International Business and Relations with the Diaspora of the Commonwealth of Dominica, Honorable Dr. Kenneth Darroux. The meeting took place at the headquarters of the Dominican Chancellery.

During the meeting, the foreign minister ratified the traditional position of condemnation of the government of the Commonwealth of Dominica, to blockade of the US government against Cuba, and assured that his country will vote once again in favor of the Cuban resolution at the UN demanding its end.

Both diplomatic representatives discussed issues of interest to both countries in the year that marks the 25th anniversary of diplomatic relations between the Republic of Cuba and the Commonwealth of Dominica. That important date will be celebrated on May 18, 2021.

The meeting took place in an atmosphere of great cordiality and friendship, as befits the excellent level of bilateral relations between the two countries.

Solidarity with Cuba in the presentation of a book on Che...