Statement of the TRNC Ministry of Foreign Affairs

Guyana, Georgetown, November 25, 2021. As part of the celebrations for the fifth anniversary of the physical disappearance of the Commander-in- Chief, Fidel Castro Ruz, the Cuban Embassy organized an event with the participation of Guyanese personalities, Cuban residents, members of the Medical Brigade, officials, and workers of the Diplomatic Mission.

The keynote speaker was the Honorable former President of Guyana, Mr. Donald Ramotar, who expressed his feelings of admiration for Fidel whom he considers a beacon of light for life. He highlighted the extraordinary achievements made by the Cuban people, promoted by Fidel, in health, in education, as well as his solidarity with the peoples of the world. He referred to the contribution of Cuba in the training of Guyanese professionals in health and other spheres, as well as the sending of medical collaborators to help his country.

He was emphatic in rejecting the economic, commercial, and financial blockade imposed by the United States government on Cuba for more than 60 years and, in turn, expressed admiration for the Cuban people, who despite the shortcomings have been able to continue with their own efforts, and create and produce vaccines against Covid-19, the result of the exceptional attention that Fidel always paid to the training of women and men of science.

The former president also referred to the contribution of Cuba to eliminate Apartheid in South Africa, Ebola in Congo, the liberation of Angola, and the supportive help to other African countries. He affirmed that Fidel was a front-line man even under the most difficult situations, who stood out for his fighting spirit, his incomparable intelligence, and his oratory in thousands of interventions on different topics, in which he demonstrated a deep knowledge about them. Ramotar defined Fidel as a thinker, a philosopher, a scientist, a statesman, a man highly concerned about the environment and the future consequences of its deterioration, a leader who like few has existed in the history of humankind. 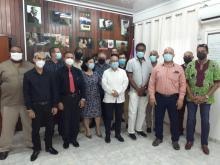 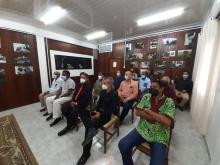 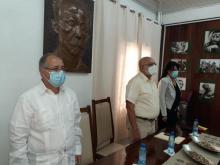 Statement of the TRNC Ministry of Foreign Affairs

PM greets people on the occasion of Lohri