Danish artist joins the celebration of the “Day for Triumph”. 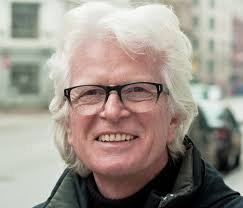 The famous Danish singer-songwriter Arne Würgler joins the celebrations in the framework of the “Day for Triumph”.

In a simple presentation he launches a message of recognition to the Cuban Revolution, for its 62 Anniversary, where he points out at the time of the 60’s, “Cuba yes, Yankees go home. It is the singular expression of a message of solidarity that makes clear the sign of independence of the Cubans without foreign interference, with a clear claim where it is admitted that our soil will never be trampled on by the invader.

Cuba belongs to the Cubans, to those who in their day-to-day life face entire days alongside the Revolution that saw them born, and march convinced with the confidence that victory will always be our battle slogan, of those who –although far – know how to respect and defend it, always having present the pride of our invading anthem, our shield, and our flag.

This is the second message that the well-known Danish song artist has dedicated this January to the Cuban Revolution, when before he already recognized the merit of our doctors, their recognized endorsement to be awarded the Nobel Peace Prize, and condemned the strict blockade to which our people have been subjected.

Arne Würgler is a Danish vocalist, songwriter, guitarist and bassist. He was famous for his collaboration with Benny Holst, one of the most famous voices on the left in the 70s. The collaboration began with the work “Skolesangen”, in Spanish – “Las Songs de la Escuela” -, which laid the foundations for a great success as spokespeople for the left on the music scene. In recent years, in addition to his music career, he has focused on music politics and fighting for the rights of his fellow musicians and composers.

The Cuban Ambassador delivered a lecture on Cuba-India relations in commemoration...