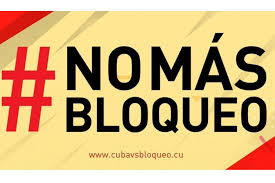 Helsinki, January 29th.- The president of the Communist Party of Finland, Juha-Pekka Väisänen and the leader of the Communist Youth Organization of the Nordic country, Jiri Mäntysalo, in a videoconference held with the Cuban mission in this capital, condemned as inhumane, unjust and failed the US policy of Blockade against Cuba.

Both communist leaders expressed their interest in continuing their fruitful cooperation with their Cuban counterparts. Mäntysalo recalled his participation, last November, in the Event dedicated to the 4th Anniversary of the physical disappearance of Commander in Chief Fidel Castro Ruz, “Ideas that are Flags” and proposed to coordinate a virtual meeting with the National UJC to exchange points of view, about how their respective organizations work.

The Charge d’Affaires a.i of Cuba in Finland, Víctor Manuel Rodríguez Etcheverry made a presentation on the Caribbean Island at the request of his interlocutors, which included topics such as updating the Cuban economic model, the “Ordering Task”, the entry into force of a new Constitution of the Republic and the convening of the VIII Congress of the Communist Party of Cuba next April, all tasks carried out by Cuba as part of the construction of its prosperous and sustainable socialism.

The event took place in a fraternal atmosphere and was dedicated to the 168th Anniversary of the Birth of the Apostle of the Independence of Cuba, José Martí.

Permanent Secretary of Health in Uganda receives the BIOCUBAFARMA delegation.

Cruise ships targeted by US blockade of Cuba

The human right to health and Cuba´s example

Ambassador of Cuba in Mongolia met with Advisor to the President...

Ambassador of Cuba presents credential letters to the President of Yemen