Commemorate in Dominica 168 anniversary of the birth of Jose Martí. 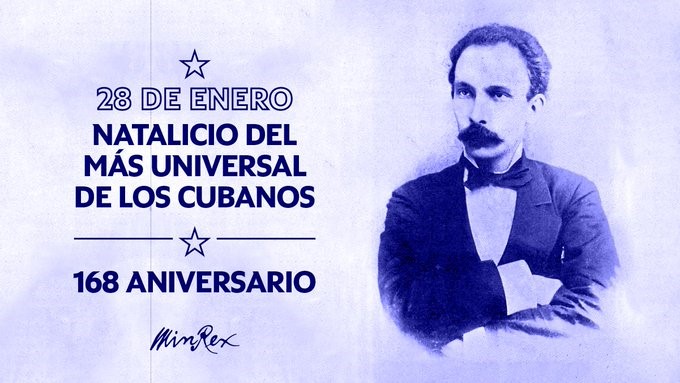 Roseau, January 28, 2021. Today the 168th anniversary of the birth of José Martí was commemorated in Dominica through social networks. Throughout the day, twitters were being generated from the account of the Embassy, ​​the Brigade of Health Collaborators and individual accounts, reflecting images of Cuba and the collaboration activity in Dominica, which show how the thinking of the National Hero of Cuba is a daily practice of the Cuban people, especially of young people and health workers who provide their services abroad.

A Twitter generated by the Embassy with the phrase: “To honor, honor. 168th anniversary of the birth of José Martí, National Hero of #Cuba”, began the day that concluded with Marti’s phrase: “It is time of the recount united to march together and walk tight, like the silver in the roots of the Andes”, with an image of the march of the torches held last night in Havana, Cuba, like the center the tribute to the apostle of Cuban independence. In the accounts @ EmbaCubaDomini1 and @CubacooperaDo you can find several of Those twitters, in which the tags #AntorchasMartianas #MartiEntreNosotros #CubaViva #MartianosHoy #IdealesDeLuz #CubaSalvaVidas # Covid19 #Cubacoopera and #CubacooperaDo, were used

Declaration of denunciation of the International Relations Commission of the National...