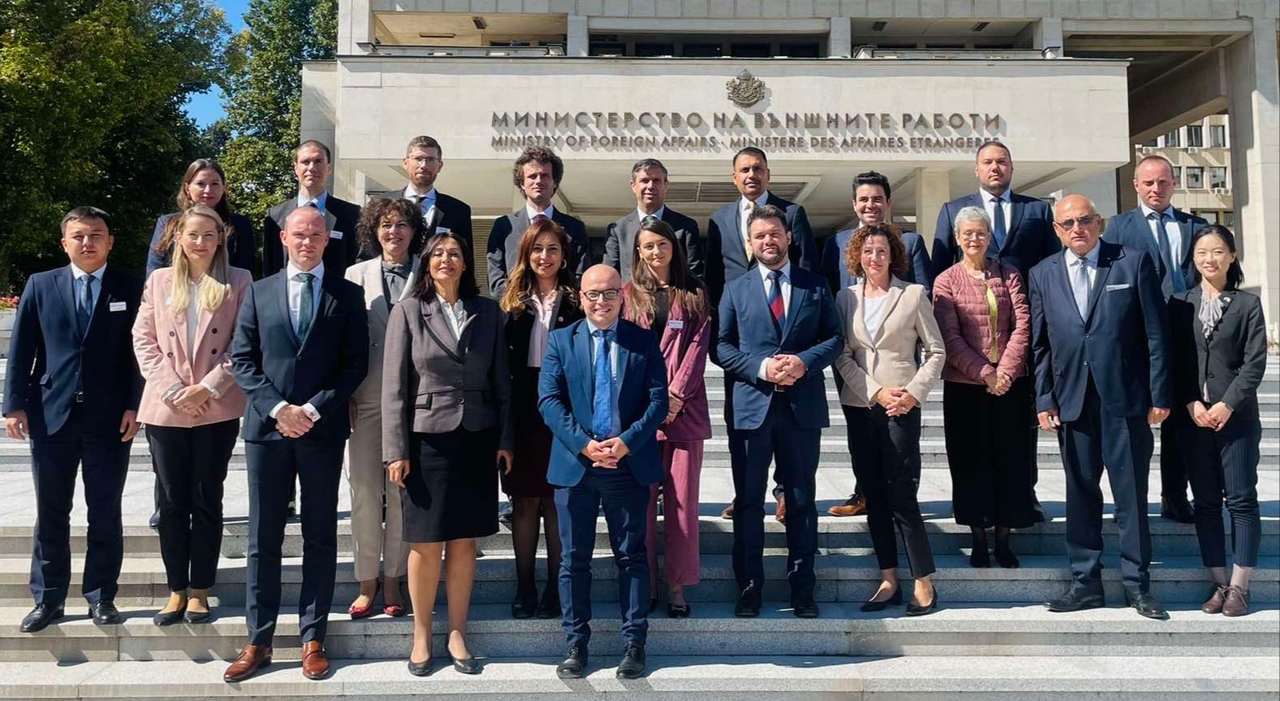 The day ended with a lecture by Mr. Mihail Markovski, chairman of the Association of Sommeliers in Bulgaria, who introduced the foreign diplomats to the main wine-growing regions and wine varieties in Bulgaria.
The event was opened by the Director of the Diplomatic Institute, Mrs. Tanya Mihailova, and the Permanent Secretary of the Ministry of Foreign Affairs, Ambassador Ivan Kondov. In his greeting to the diplomats, he wished them a quick adaptation and successful work in Bulgaria and expressed confidence that the seminar is an excellent opportunity to learn more about the foreign policy, economic, social and cultural specifics of our country.
Participants in the first module were 18 foreign diplomats from the embassies of Albania, Argentina, Belgium, Germany, Denmark, Egypt, Israel, Iraq, Spain, Italy, Kazakhstan, Portugal, Romania, the USA, Saudi Arabia, the Republic of North Macedonia, Croatia and Japan.
The Diplomatic Institute of the Minister of Foreign Affairs held the first module of the second edition of its introductory seminar for newly arrived foreign diplomats in Bulgaria at the Ministry of Foreign Affairs.
The program of the first module was dedicated to the history of the modern Bulgarian state and modern foreign policy of Bulgaria. Lecturers in the module were Assoc. Dr. Naum Kaichev from the Faculty of History of Sofia University, Mrs. Irena Dimitrova, ambassador for special mandates for building sustainability at the Ministry of Foreign Affairs, and ambassador Emil Yalnazov, director of the Directorate “Foreign Policy Planning, Information and Coordination ” in the Ministry of Foreign Affairs. The participants were introduced to the history of the Bulgarian state from 1878 to today, the main priorities of the modern Bulgarian foreign policy and the building of sustainability in the current security environment within the framework of the EU and NATO.
The seminar, held for the second consecutive year in the program of the Diplomatic Institute, will consist of three more modules dedicated to the economy, energy, trade and tourism of Bulgaria, media and civil society and culture and traditions. The main goal of the seminar is to give the newly arrived foreign diplomats in Sofia a comprehensive view of the modern Bulgarian state and its policies, creating a network for working contacts and cooperation.