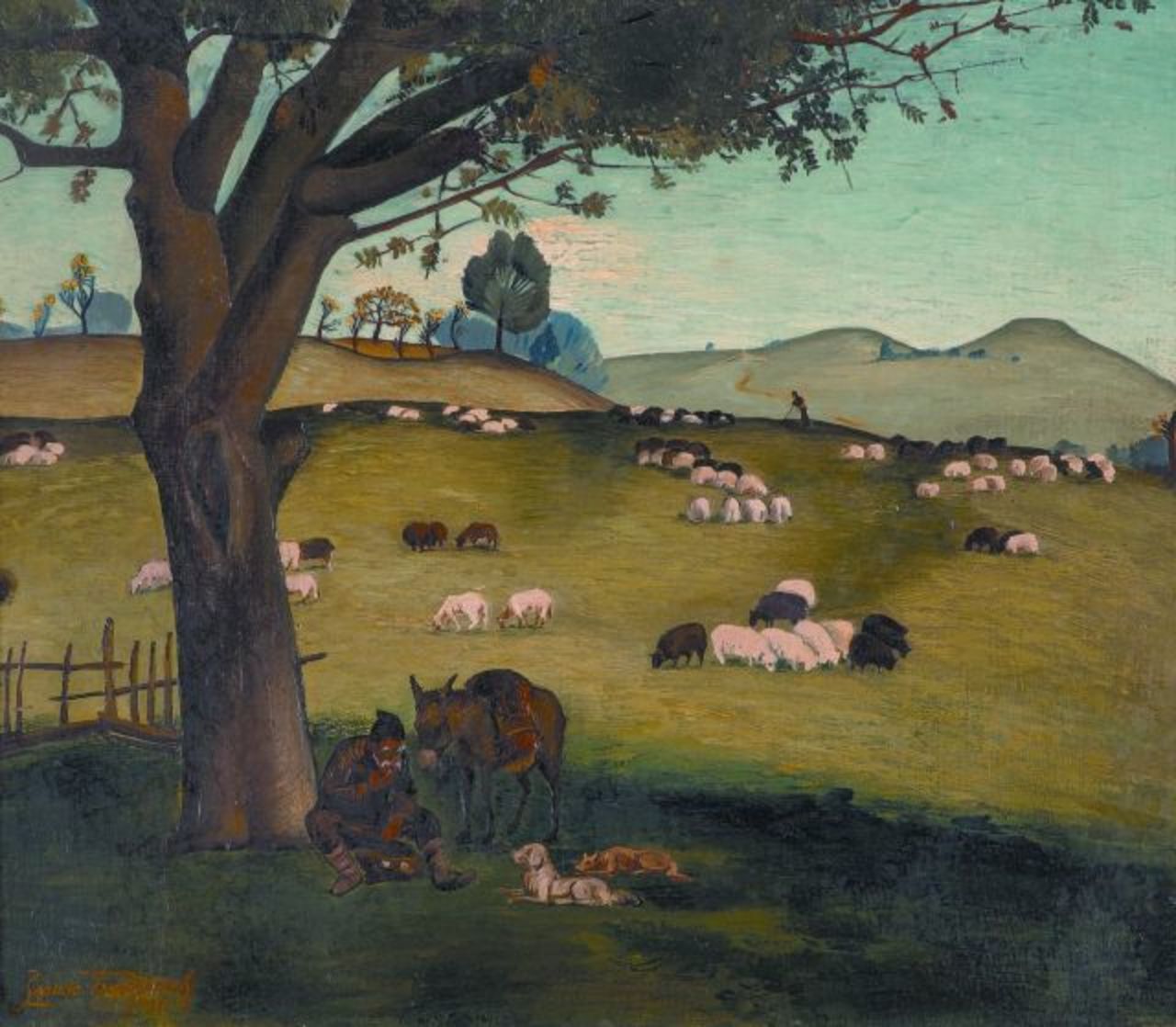 The State Institute for Culture under the Minister of Foreign Affairs has rotated the art works in the official halls and reception areas at the Ministry and Bulgaria’s diplomatic missions, so that our guests could get familiar with the variety of styles and manners of the masterpieces in our art collection.

The art collection has over 3,000 works that have travelled and “shared” in the diplomatic routine at the MFA and the Bulgarian diplomatic missions overseas.

The collection was started back in the 1960s by Communist Foreign Minister Ivan Bashev.

Since then, the works of Zlatyu Boyadzhiev, landscape masters Alexander Mutafov, Petko Abajiev and Ivan Trichkov can be seen at our buildings in Sofia, at the embassies and residences.

The collection also includes numerous landscapes from Sofia and its environs, dating to the 1940s, by Nikola Kozhuharov, famous for his historical compositions, as well as by renowned classics: Vasil Stoilov, Bencho Obreshkov, Nayden Petkov, Dechko Uzunov. The collection also features works by their students and by the most prominent artists of the younger generation of the 1960s who contributed significantly to shaping the character of contemporary Bulgarian art: Svetlin Roussev, Vladimir Goev.

The Bulgarian diplomatic mission in Paris is particularly prominent in this respect. Bulgaria acquired the Louis XV style building in 1946. In the ensuing decades, it extended hospitality to noted Bulgarian artists. Zlatyu Boyadzhiev did a series entitled Seasons and his iconic Two Weddings expressly for the grand salons.

The State Institute for Culture was established in 2005, and it took over the care of the works in the MFA art collection.