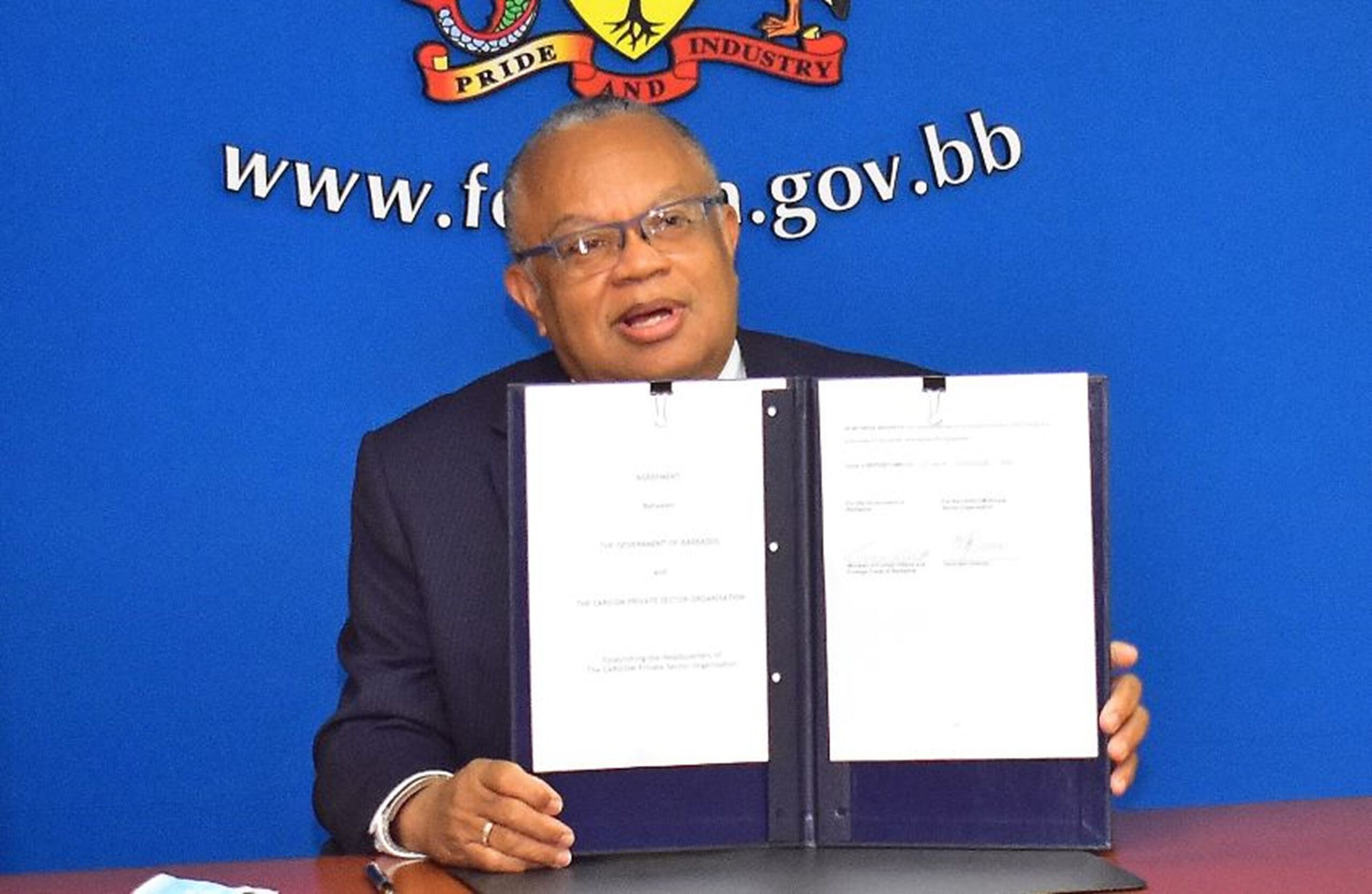 Efforts to further strengthen the CARICOM Single Market and Economy (CSME) were facilitated today, with the signing of a Headquarters Agreement between Barbados and the CARICOM Private Sector Organisation (CPSO).

The agreement was signed by Minister of Foreign Affairs, Senator Dr Jerome Walcott; and Chairman of the CARICOM Private Sector Organisation, E. Gervase Warner, in a virtual ceremony.

In his remarks, Senator Walcott noted that it was an honour to sign on behalf of the Government and people of Barbados, since this country had lead responsibility for the CSME, while Mr. Warner described the initiative “as a great day in history”.

At the Forty-First Regular Meeting of the Conference of Heads of Government of the Caribbean Community (CARICOM) held virtually on 29 October 2020, the CPSO was designated an Associate Institution of the Community, for cooperation towards the further implementation of the CSME.

In addition to giving its full support the Conference and CARICOM Member States with the implementation of the CSME, the CPSO will contribute to the reduction of the ‘implementation deficit’ relating to the decisions and actions on the CSME; monitor the implementation of decisions regarding CSME implementation; advise on mechanisms to resolve disputes among the CARICOM Private Sector, where issues are of strategic importance to the CSME; and formulate positions on issues relating to intra- and extra-regional trade and investment (goods, services, capital and labour, rules-related regimes (i.e. government procurement, contingent rights).

It will also help to substantially reduce current and future impediments to trade and investment faced by business enterprises (non-tariff barriers, free movement of persons, free movement of goods, outdated common external tariff and rules of origin); encourage and facilitate better coordination and complementarities among regional private sector entities in relation to priority policy recommendations and projects in support of the CSME; and provide advocacy at the national and regional levels on key issues that are germane to the advancement of the CSME.