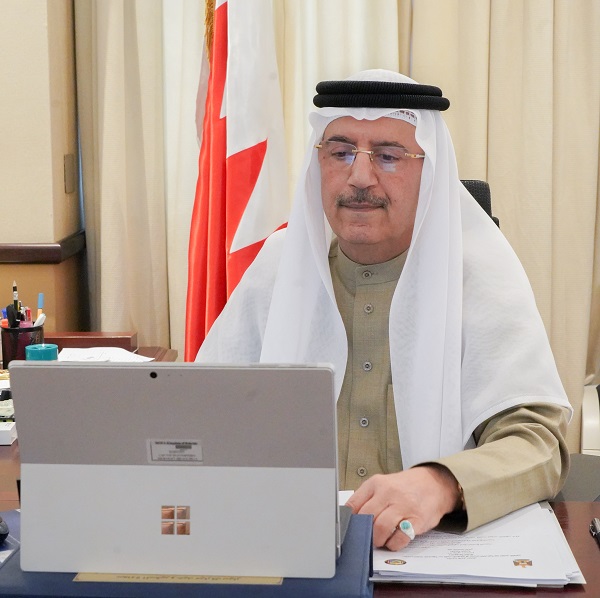 The Meeting of the Joint Committee of senior officials in the Ministries of Foreign Affairs between GCC countries and the Republic of Iraq was held virtually today. The cooperation council was chaired by the Undersecretary for Regional and GCC Affairs, Ambassador Waheed Mubarak Sayyar, and the Iraqi side was chaired by the Senior Undersecretary of the Ministry of Foreign Affairs of the Republic of Iraq, Nizar Khairullah.

Ambassador Waheed Sayyar opened the meeting by extending his sincere condolences to the Government and people of brotherly Iraq regarding the recent suicide bombings in Baghdad, stressing the solidarity of GCC countries with the brotherly Iraq in its war against terrorism, affirming the Council’s firm stance against violence and extremism. 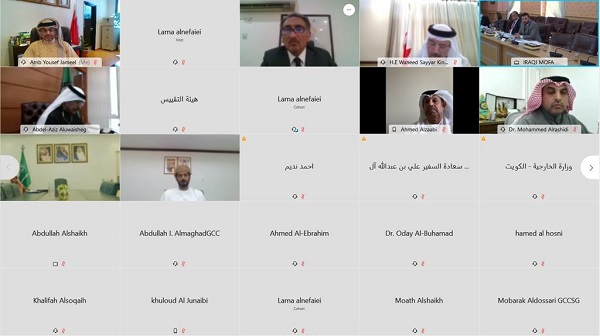 The Undersecretary for Regional and GCC Affairs praised the distinguished fraternal relations between GCC countries and Iraq, stressing that the Cooperation Council attaches great importance to strengthening cooperation relations to promote the strategic partnership between the two sides in all vital areas, and to start implementing the joint action plan for the interest of both sides. He also reiterated the Cooperation Council’s support for the brotherly Republic of Iraq in all the measures it takes to preserve its security, stability, sovereignty and national unity in order to achieve development, prosperity and stability for the brotherly Iraqi people.

During the meeting, views were exchanged on regional and international issues of common interest, the joint workflow between both sides was discussed in various fields. A timetable and mechanisms were also set to implement what was agreed upon during the joint action plan for the benefit of both sides and their brotherly peoples.