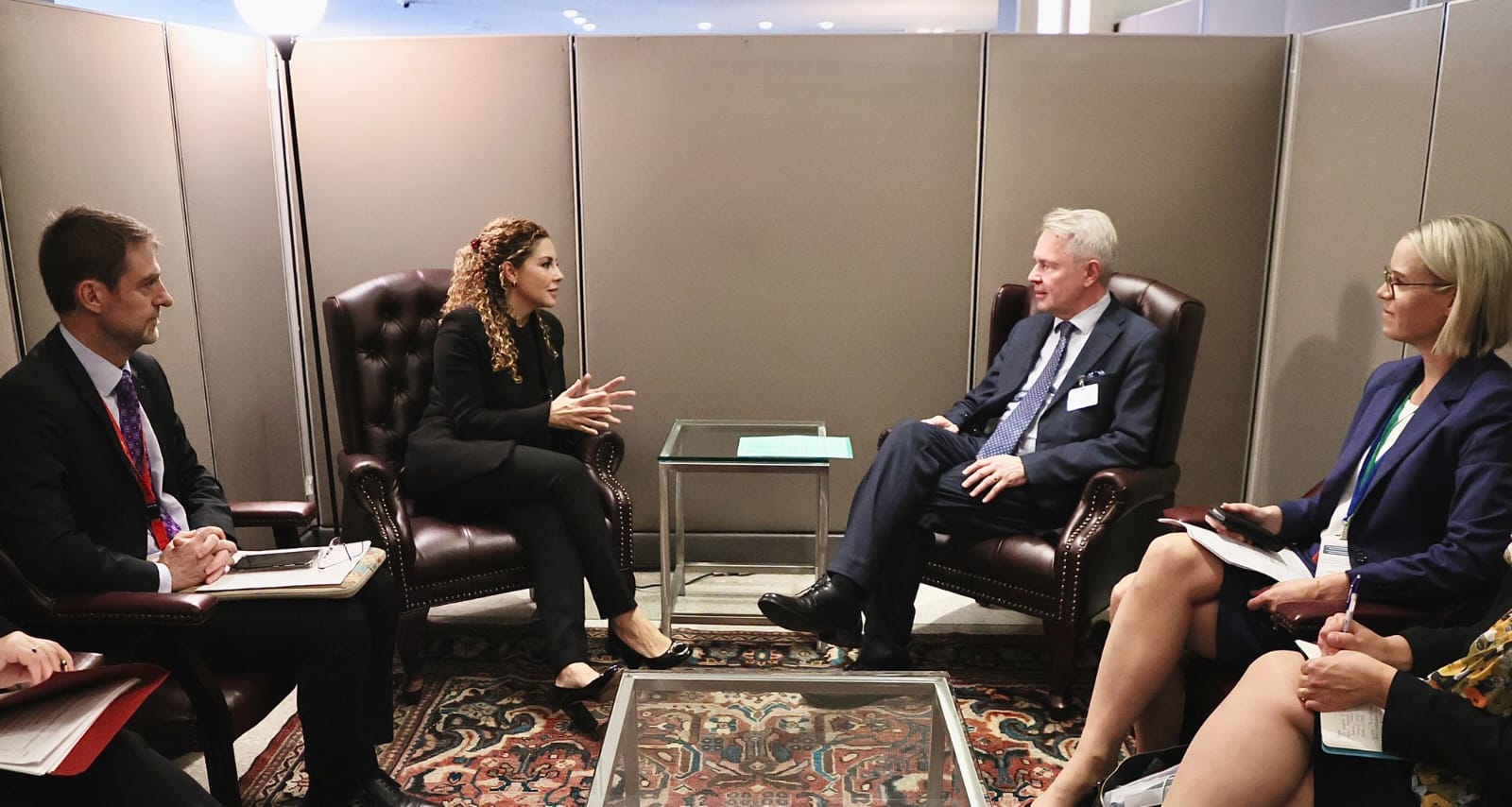 Minister Xhaçka expressed her gratitude for Finland’s continuous assistance on Albania’s path to the EU, as she emphasized the strong support of Albania for Finland’s membership in NATO.
The Albanian chief diplomat expressed confidence that Finland’s membership in NATO will strengthen stability and security in the Baltic region and Northern Europe.
The Minister for Europe and Foreign Affairs, Olta Xhaçka, had a meeting with the Minister of Foreign Affairs of Finland, Pekka Haavisto.
For this year, this is the second meeting between Minister Xhaçka and Minister Haavisto after the one during the NATO summit in Madrid.
The ministers agreed on strengthening the multilateral agenda in various areas of common interest.