The Ministry of Foreign Affairs of the Islamic Emirate of Afghanistan considers recent attacks carried out by malicious networks on mosques, educational centers and... 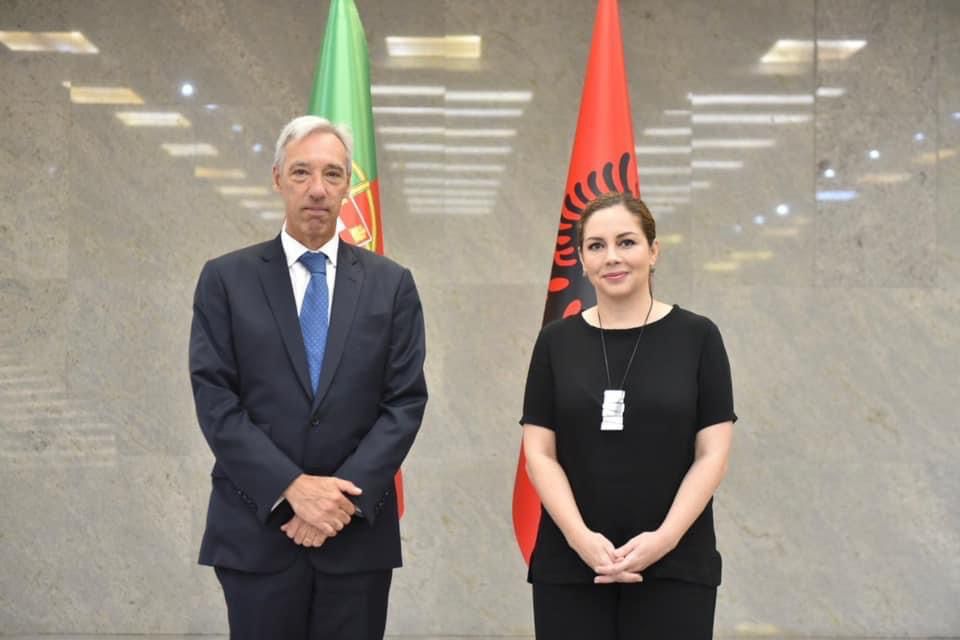 “We appreciate the commitment and support of Portugal for the countries of the Western Balkans and in particular the realistic vision that Portugal has towards our region. Together we share the opinion on the importance of dialogue and regional cooperation in the framework of regional initiatives. We estimate that they constitute positive examples for good neighborly relations as they promote peace, security and economic development in the interest of the Western Balkans, where regional economic cooperation promotes EU integration”, said the Albanian chief diplomat in her statement.
The Minister for Europe and Foreign Affairs, Olta Xhaçka, had a meeting with the Minister of Foreign Affairs of Portugal, Joao Gomes Cravinho in Tirana.
“Portugal is a strong supporter of Albania’s integration into the European Union and welcomes Albania to the EU family as soon as possible, as a member state with full rights,” he mentioned.
This is the first visit of Minister Joao Gomes Cravinho to Albania, which coincides with the first visit to our country by a Foreign Minister after the opening of negotiations.
On his part, Minister Cravinho congratulated Albania for opening negotiations and holding the first Intergovernmental Conference.
Minister Xhaçka appreciated Portugal’s support in Albania’s European journey, as well as the realistic vision it has towards the Western Balkans.

The Ministry of Foreign Affairs of the Islamic Emirate of Afghanistan considers recent attacks carried out by malicious networks on mosques, educational centers and...