BILATERAL RELATIONS BETWEEN ALBANIA AND BELGIUM

The diplomatic relations between Albania and Belgium were established in 1924. They continued during the period of King Zogu, to be interrupted during the World War II and then sporadically  after the 1945.
However, it was only after the years 90 that one may speak about genuine and sustainable development of these relations at all areas of  mutual benefit – political, economic, social, cultural, human, consular, military and others. 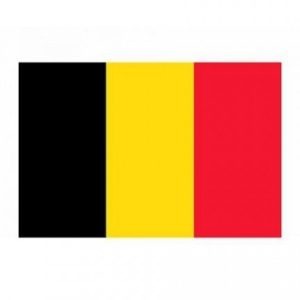 In the recent years, these relations have entered a new and more advanced stage, since Albania is a member state of NATO and a potential EU candidate. Likewise, the presence during the last four years of this Embassy covering specifically the bilateral relations with Belgium has had its pozitive impact in the qualititative enhancement and itensification of these relations. Albania and Belgium have strengthened further their cooperation also in the context of multilateral organizations and in various peace-making operations in many parts of the world – Iraque, Afghanistan, Bosnia and Herzegovine  and elsewhere.
Belgium is a sovereign state and a federal constitutional monarchy with a parliamentary system.
POLITICAL AND DIPLOMATIC RELATIONS:
Likewise, the mutual support for important candidacies has been another field of this mutual understanding and cooperation. Clear testimonies of the briliant level of these relations are the numerous top level visits – Head of State/Government, Foreign Minister and from other heads of independent institutions and others. Following the establishment of thne new government after the elections of 23 June 2014, the Prime Ministers and Foreign Ministers of both countries met in the framework of the General Session of the United Nations in New York last september.
The bilateral  political relations with Belgium are characterized as excellent indeed. Belgium has continuously and unreservedly supported the democratic and reforming processes in our country, its integration ton the European and Euro-Atlantic structures, Kosovo’s Independence and in other respects. Belgium has also offered its support to Albania concerning the granting of the  EU candidate status. BILATERAL RELATIONS BETWEEN ALBANIA AND BELGIUM
Belgium, officially the Kingdom of Belgium, is a country in Western Europe. It is bordered by the Netherlands to the north, Germany to the east, Luxembourg to the southeast, France to the southwest, and the North Sea to the northwest. It covers an area of 30,689 km2 (11,849 sq mi) and has a population of more than 11.5 million, making it the 22nd densest country in the world and the 6th densest country in Europe, with a density of 376 per square. kilometer (970 / sq mi). The capital and largest city is Brussels; Other major cities are Antwerp, Ghent, Charleroi, Liège, Bruges, Namur and Leuven.