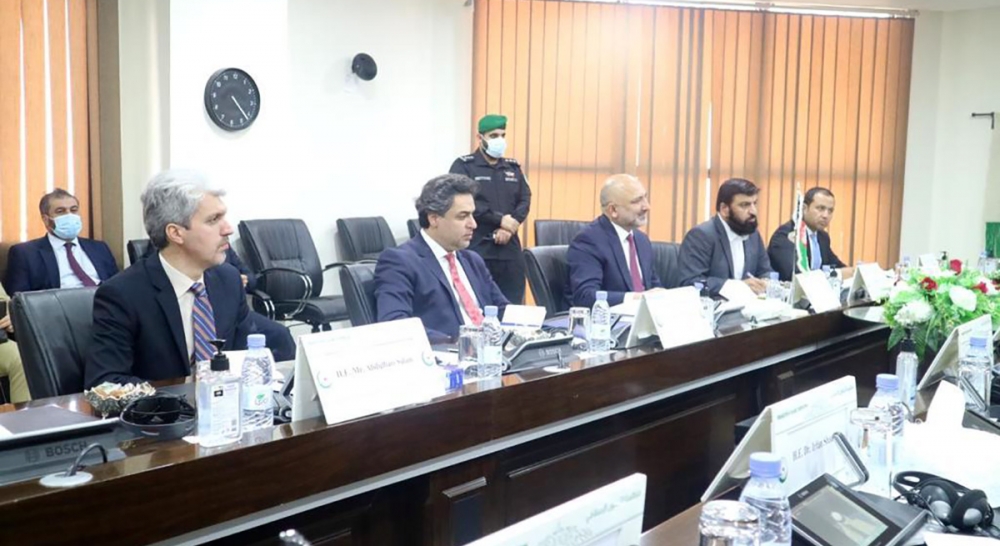 Minister Atmar called the war in Afghanistan illegitimate according to Islamic values, saying: “The crimes that are being committed in Afghanistan today are completely incompatible with Islamic beliefs and teachings. Assassinating women judges, killings Kabul University students, and attacking maternity hospital are certainly not justifiable in Islam”.

Foreign Minister stated that “if the opposition is truly committed to peace, the Afghan Government sees no obstacles to national reconciliation and the success of the peace process. We are to pave the way for political participation of all sides through the free will of the Afghan people and internationally accepted standards”.

“We want the OIC to continue its efforts to end the bloodshed and bring about a political solution to the Afghan crisis by holding follow-up meetings, providing expert advice, and sending special groups to consult negotiating teams in Doha”, Foreign Minister asserted.

In response to the Foreign Minister’s remarks, OIC Secretary-General commended and expressed support for the Islamic Republic of Afghanistan’s flexible and accommodating approach towards peace, particularly the implementation of a ceasefire and forming political leadership through the representation of the free will of the people.

Dr. Yousef Bin Ahmad Bin Abdul Rahman Al-Othaimeen pointed out that killing and violence are contrary to Islam’s essence. Therefore, through guidance and publicity, people should be made aware that Islam is not a religion of terror and violence but a religion of unity and convergence. He praised the role of religious scholars in this regard, saying that scholars in Islamic societies have an important position from a religious perspective and politically.

Foreign Minister referred to President Ashraf Ghani’s decree and the facilities envisaged for the establishment of the International Islamic University of Afghanistan in Nangarhar province and called on the OIC to assist Afghanistan in architectural design curriculum, academics, administration, and financing of the university. The Secretary-General of the OIC, while renewing his organization’s commitment to helping establish this university, called it an important move in educating and enlightening the young generation and countering extremism and terrorism. The two sides agreed to work together through working groups to advance the project.