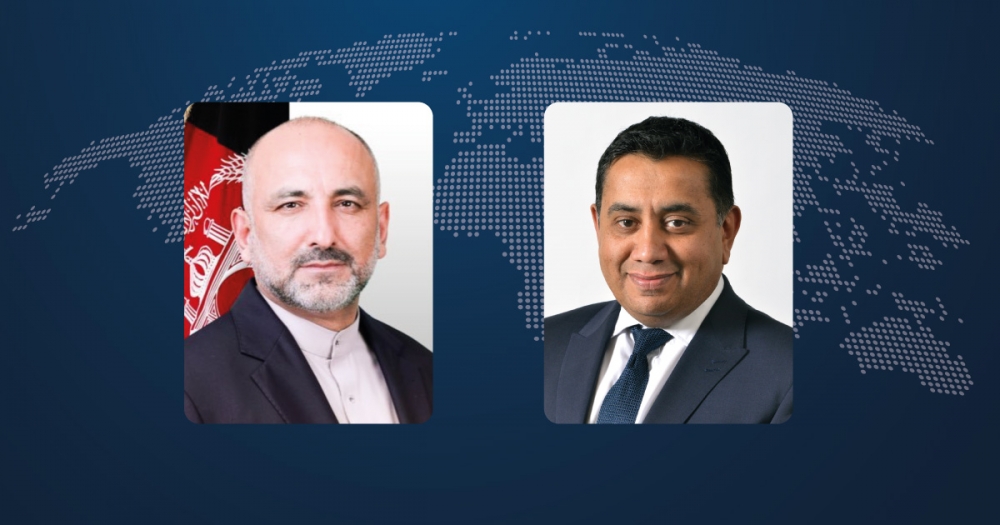 KABUL – Foreign Minister Mohammad Haneef Atmar had a telephone conversation with the UK’s Minister for South Asia and the Commonwealth at the Foreign, Commonwealth & Development Office Lord Ahmad, today.

The two Ministers had a wide-ranging discussion on the ongoing peace talks in Doha and the UK’s partnership with the Afghan Government.

Foreign Minister Atmar expressed Afghanistan’s appreciation for the UK’s sacrifices in Afghanistan as well as its latest contributions at the Geneva Conference and its continued support to the Afghan Peace Process.

Lord Ahmad of Wimbledon, while highlighting the importance of peace and the critical role of Muslim scholars, assured Minister Atmar of the UK’s continued support to the Afghan peace process, including reducing violence and establishing a comprehensive ceasefire in the country.