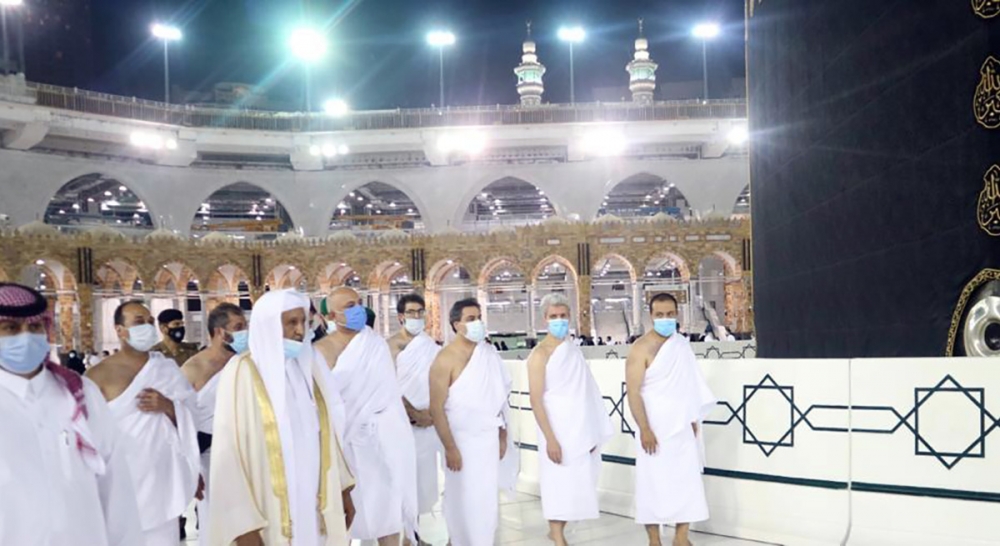 MECCA and MEDINA, Foreign Minister Mohammad Haneef Atmar, who is heading a delegation to Saudi Arabia to meet with Saudi officials, had the honour to perform the Umrah Hajj, Tuesday evening.

Minister of Foreign Affairs and his accompanying delegation after pilgrimage of the Kaaba and performing two rak’ats of prayer in the Holy Mosque prayed to Almighty God for lasting peace, unity among Afghans, prosperity of Muslims and the prosperity of our beloved homeland Afghanistan.

After performing the rituals of Umrah in Mecca, Minister Atmar left for Medina where he, on Wednesday morning, performed two rak’ats of prayer in the Holy Shrine and prayed in front of the Prophet Muhammad (PBUH) Mosque. He prayed for peace and tranquility in Afghanistan.